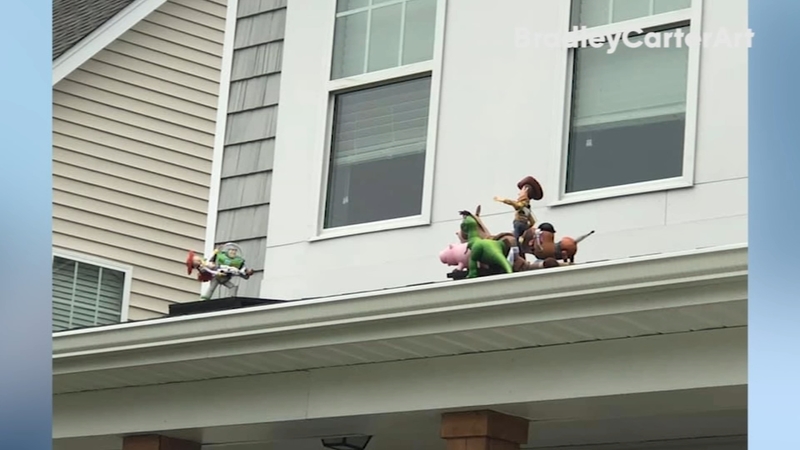 WILMINGTON, N.C. -- A man is getting attention online for recreating scenes of "Toy Story" on his roof.

Inspired by his love of the movies, artist Bradley Carter started displaying "Toy Story" characters on the back of his truck in Wilmington, North Carolina.

Since then, Carter has put Woody, Buzz and company in poses familiar to fans of the four movies.

His creativity not only captured the attention of neighborhood children but also stars like "Frozen" star Josh Gad.

In April, Gad posted a photo of Carter's work to Instagram.

"It's been shared hundreds of thousands of times from our website. Then you see it popping up on other people's sites, and stuff like that. So it's just taken on a life of its own," said Carter.