Fire erupts at $750K townhome under construction in Montrose 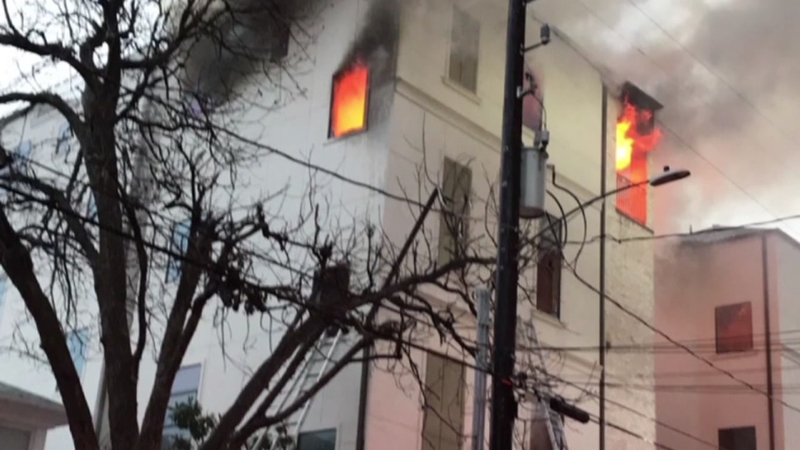 This happened in the 1800 block of Sul Ross near Hazard.

Neighbors tell ABC13 they thought something was wrong early Wednesday morning. They say the power was going in and out during the overnight storms.

They later saw smoke and flames coming from the building, which houses about six units. No one lived inside the townhome yet, since it's still under construction.

Neighbors also say electrical work was being done at the townhome on Tuesday, however it's not clear if that's tied to the fire.

Firefighters had a brief scare when one of their own went missing inside the townhome.

"One of the engines called for a mayday. There was a lost firefighter," said Herman Gonzalez with HFD.

He was quickly found, but firefighters were told to get out of the building not long after because the floors were compromised.

Townhome under construction goes up in flames off of Sul Ross and the Montrose pic.twitter.com/0UHVLFwC41