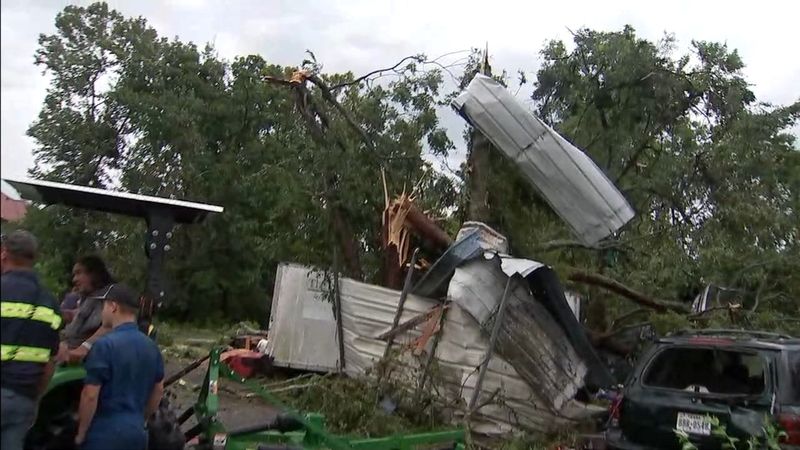 BAYTOWN, Texas -- Residents in Baytown were already cleaning up Wednesday minutes after a tornado left a trail of damage to structures and cars.

Video above shows the extensive damage to the neighborhood, including metal that appears to be from a roof, now warped and wrapped around a tree.

An older home that was not inhabited had the roof completely torn off.

Several other homes in the neighborhood experienced damage to their roofs.

"This is bad. This is terrible...because everything was replaced here and now it's not," said a man whose brother's manufactured home was badly damaged.

He says his brother was in his home when the tornado hit.

"He said he couldn't get out, there was no porch anymore."