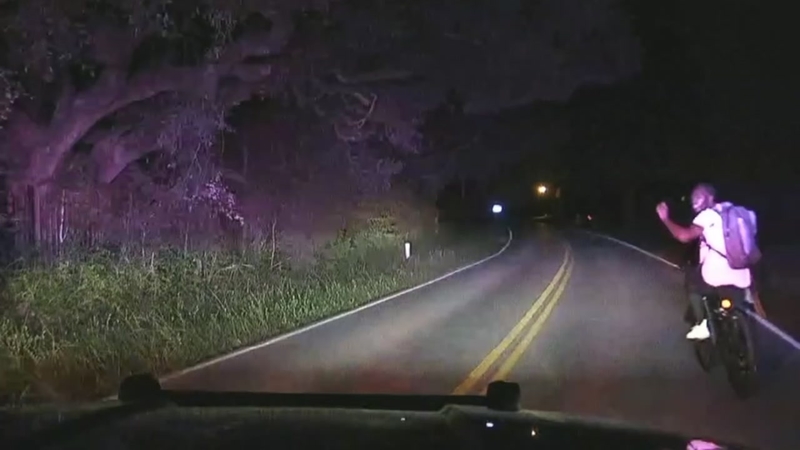 The pursuit happened Sept. 18 on the south side of the city.

Police say they responded to a theft call and began to follow Kunta Turk on the stolen bike.

The video shows cars swerving off the road in an effort to avoid hitting the biker.

Turk was seen waiving a knife at officers, and he reportedly made a phone call during the chase.