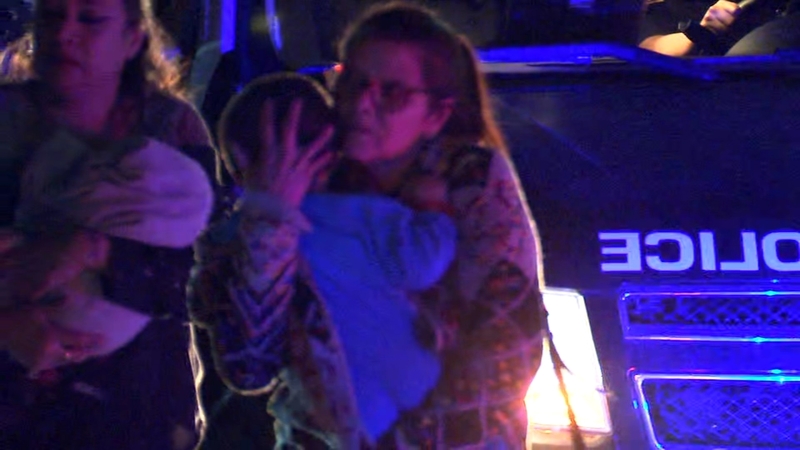 HOUSTON, Texas (KTRK) -- Police say a toddler is now safe with his mother after he was barricaded inside a home with his grandfather.

Our SWAT & Hostage Negotiations teams are en route to a barricaded male inside a residence in the 8000 block of Bendell in SE Houston. Prelim info is a child is also inside the residence. Male assaulted a family member. No other info at this time. PIO is also en route.#hounews

According to police, the 39-year-old grandfather allegedly assaulted his common-law wife. Police say he threatened her with a knife and punctured the tires on her truck.

Negotiators are on scene and attempting to communicate with the male suspect, 39. The child inside the residence is his grandson. #hounews pic.twitter.com/k0Ius8Qixo

SWAT officers could see the toddler in the window. They rescued him by carrying him out of the window. He wasn't injured.

UPDATE: SWAT officers just rescued the child from the residence and he is now reunited with his mother. The male suspect remains inside. #hounews

Officers went into the home and discovered the suspect passed out in a chair. He was then taken into custody. He has been charged with aggravated assault with a deadly weapon.

UPDATE: Suspect was just taken into custody without incident. We will have a media briefing shortly and carry it live here via Periscope. #hounews