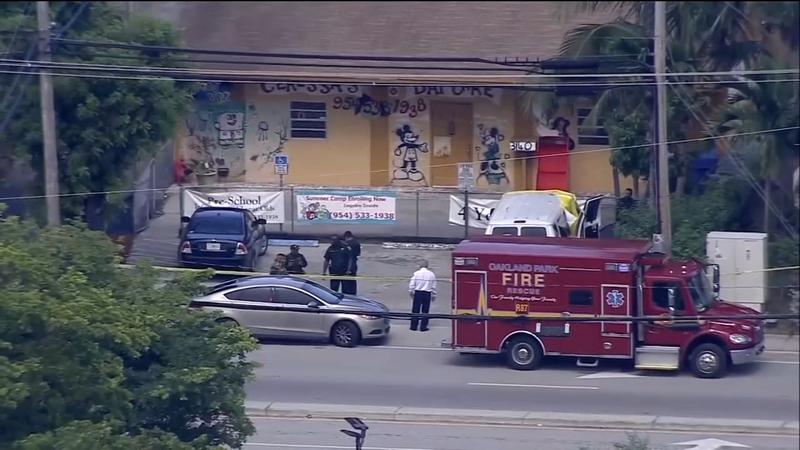 OAKLAND PARK, Fla. -- Authorities are investigating after a toddler was found dead in a van parked outside a day care center in Florida.

The Broward County Sheriff's Office said deputies responded to the scene outside Ceressa's Day Care in Oakland Park, where temperatures reached 91 degrees Monday. Aerial video shows a white van with yellow tarps draped over it. The child has not yet been identified.

WPLG reported the center passed its most recent inspection in April, but was found to be non-compliant in regard to aspects of personnel training during another inspection at the end of last year.