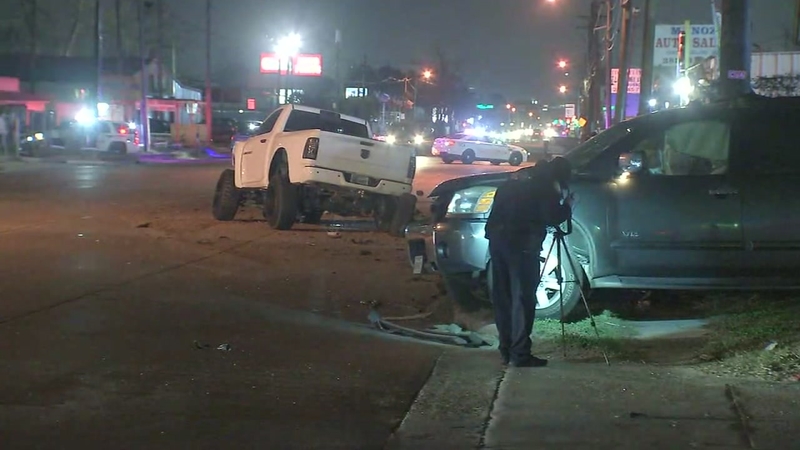 The accident happened in the 10400 block of Airline Drive in north Harris County on Saturday around 6:42 p.m.

Authorities say a gray Nissan Armada was northbound making a left turn from the center left turn only lane at the intersection of Airline and Blue Bell Road.

Officials say a white Dodge Ram 1500 was in the southbound outside lane of Airline when that driver crashed into the Nissan.

The impact of the collision was so strong, it ripped apart the Nissan, exposing the inside and the passenger compartment.

The woman and Brianna were both ejected from the Nissan as it spun clockwise.

The woman had a seat belt on at the time of the crash.

Deputies say Brianna was also wearing a seat belt, however she was not restrained in a car seat. She was taken to Houston Northwest Medical Center, where she died.

The driver of the Nissan, who suffered serious injuries, was also taken to the medical center along with the Dodge driver, who had non-life threatening injuries.

The woman in the Nissan was seriously injured. She was taken to Ben Taub Hospital.

Officials say the Nissan driver failed to yield the right of way when turning left. However, deputies believe the Dodge driver may have been speeding.