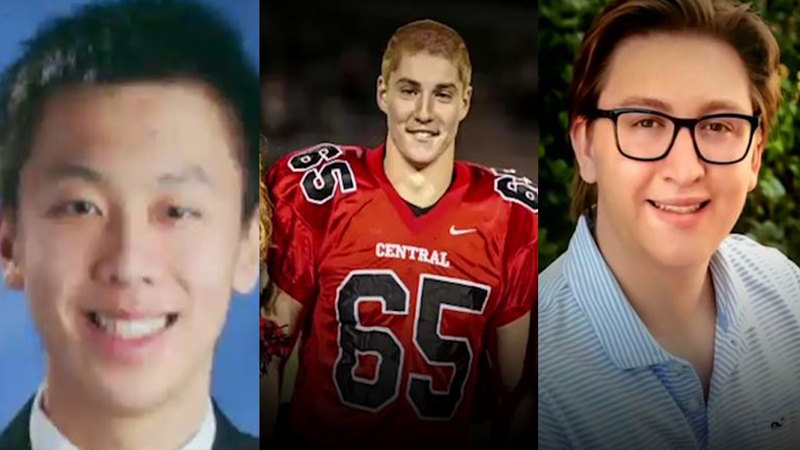 These are the fraternity-related deaths that have occurred over the last few years:

Dec. 9, 2013
In the New York City area, Baruch College freshman Chun "Michael" Deng was blindfolded, forced to wear a heavy backpack and then repeatedly tackled as part of the fraternity's "Crossing Over" initiation ceremony. He was knocked unconscious and later died at a hospital.

Sept. 21, 2014
Caitlyn Kovacs, a Rutgers University sophomore from South Brunswick, New Jersey, was at the Delta Kappa Epsilon house in New Brunswick when she appeared to be in distress.

Some friends took her to Robert Wood Johnson University Hospital, where she died from acute alcohol poisoning.

Aug. 20, 2016
Anton Gridnev, 19, was found dead in a fraternity house in College Station. An autopsy confirmed Gridnev died from an accidental drug overdose.

Feb. 4, 2017
On the morning of Feb. 3, police were called to the Beta Theta Pi fraternity house, where 19-year-old Timothy Piazza was found unconscious, about 12 hours after he fell down the stairs. The Penn State sophomore was hospitalized and pronounced dead in the early hours of Feb. 4.

Sep. 14, 2017
LSU student Maxwell Gruver died at a Baton Rouge, Louisiana hospital after Phi Delta Theta members found him lying on a couch at the fraternity house and couldn't tell if he was breathing, police said.

Jan. 3, 2018
Fresno Police Chief Jerry Dyer said an investigation revealed that Omar Nemeth, his 17-year-old girlfriend, and his 16-year-old brother were together throughout the day on Jan. 2. During that time, investigators say they were smoking marijuana and taking Xanax pills.

Later, police said they went to visit Nemeth's friends at the Delta Sigma Phi house. Dyer said Nemeth had a bag of hundreds of Xanax pills with him as they started partying with three fraternity members.

The next morning, Nemeth was found unresponsive and was pronounced dead when he arrived at the hospital.

Aug. 28, 2018
Joseph Little died after he reportedly had a seizure at an off-campus housing complex in College Station two days before.

The Office of the Dean of Student Life is looking into whether the fraternity that accepted Joseph Little broke any rules relating to A&M-sanctioned organization.