Veterinarians say the tiger had never touched grass before.

HOUSTON, Texas (KTRK) -- A caged tiger discovered in an abandoned southeast Houston home will soon have a lot more room to roam.

The tiger was transported to Cleveland Amory Black Beauty Ranch in Murchison, Texas on Tuesday.

Staff at the ranch say the tiger will have his own three-acre habitat. The entire facility is 1,400 acres and already cares for more than 800 resident animals and 40 different species, including two tigers.

A supporter of the sanctuary shared the tiger's story and asked to see if it would help. The sanctuary then reached out to BARC Animal Shelter in Houston, who was caring for the tiger in the meantime, to arrange the transfer.

"It was very seamless, and most importantly, stress-free, minimally stress-free, as stress-free as you can make it for this cat to be moved," said Director of Veterinarian Medicine Dr. Mikaela Vetters.

The Humane Society of the United States shared photos of the animal's transport to the ranch. He will hopefully live there for the rest of his life, but the sanctuary says it's still working with the courts to gain full ownership, since no one has come forward to claim the animal.

He will stay in quarantine at the sanctuary for two weeks to make sure he's healthy before moving to his larger habitat.

The veterinarians on staff say the tiger is adjusting well to its new home. He's been "chuffing," or making a noise with his mouth, which leads staff to believe that he is happy.

"The first time we saw him get out of the cage and on the grass, it's heartwarming," said Dr. Vetters. "It's like walking on hot sand. He had never walked on grass before."

The big cat was discovered in the vacant home on Monday. He was being kept in a cage that was not large or sturdy enough for a creature of his size.

"Unfortunately, we're in a state where there's very little regulation on owning exotic animals, and until laws are passed that ban this and have strong repercussions for breaking the law, we're going to see this over and over again," Almrud told ABC13.

Possession of a tiger is illegal in the city of Houston, however it is legal in Texas. 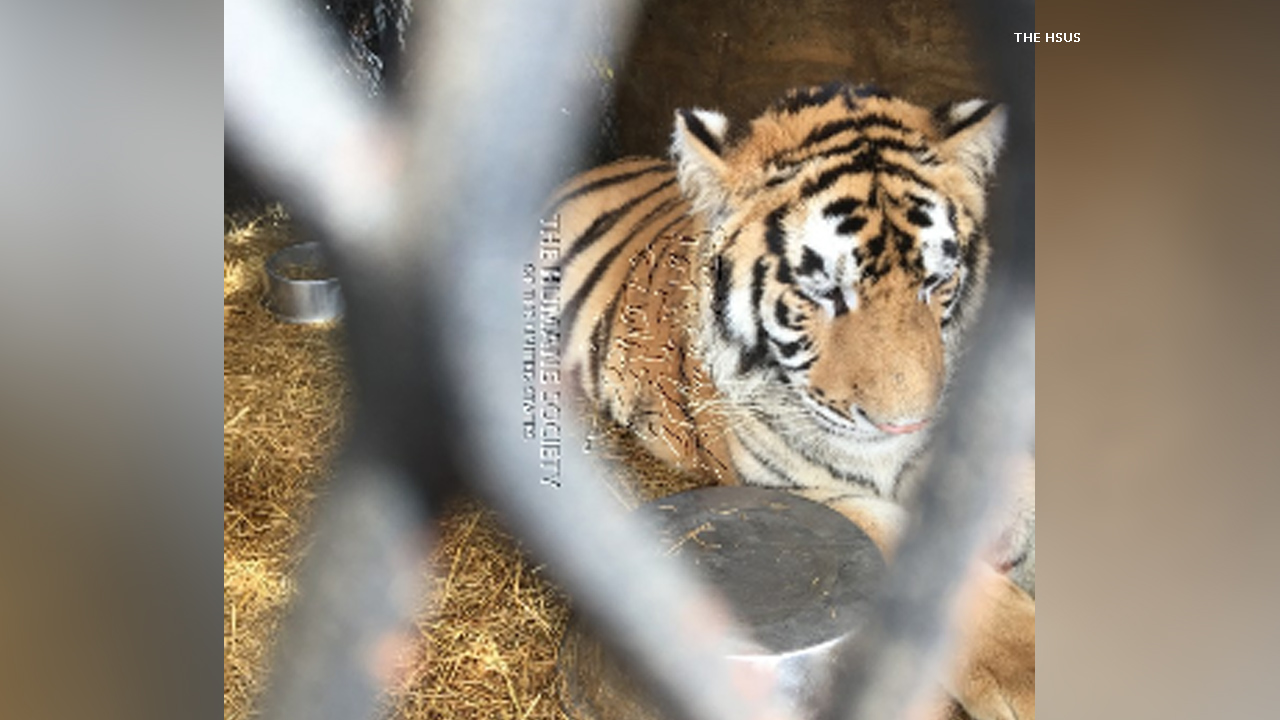 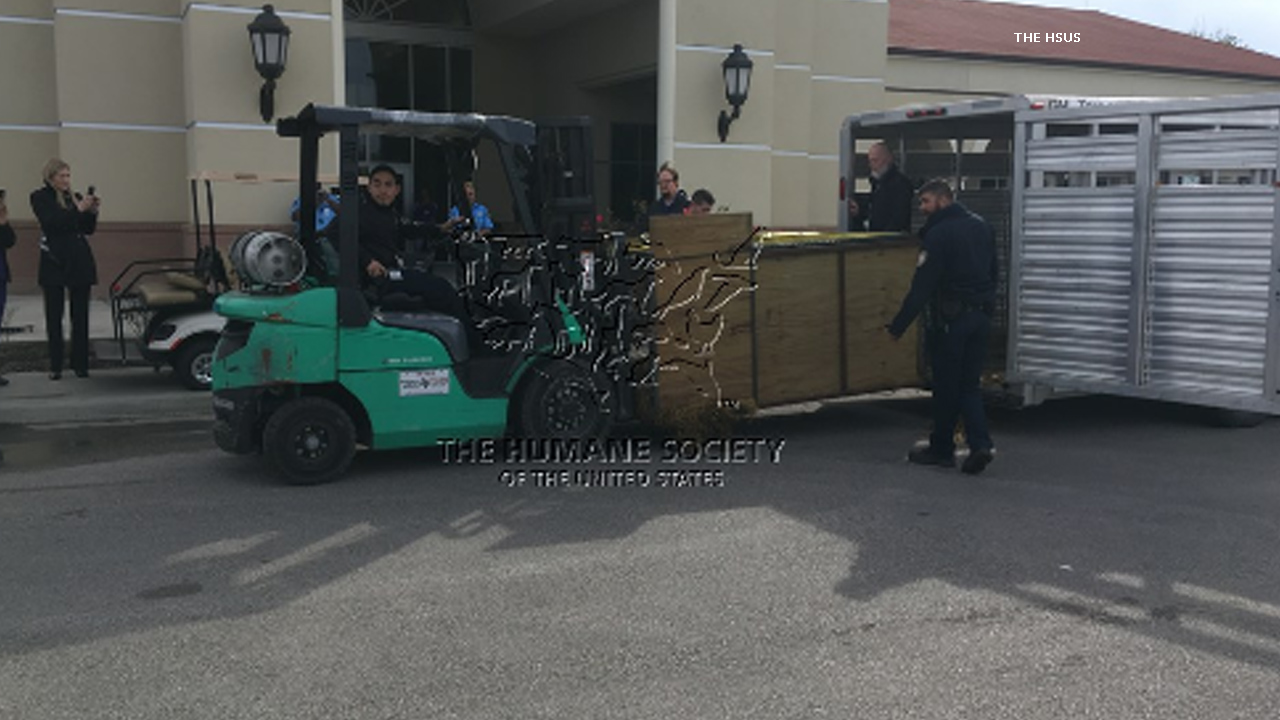 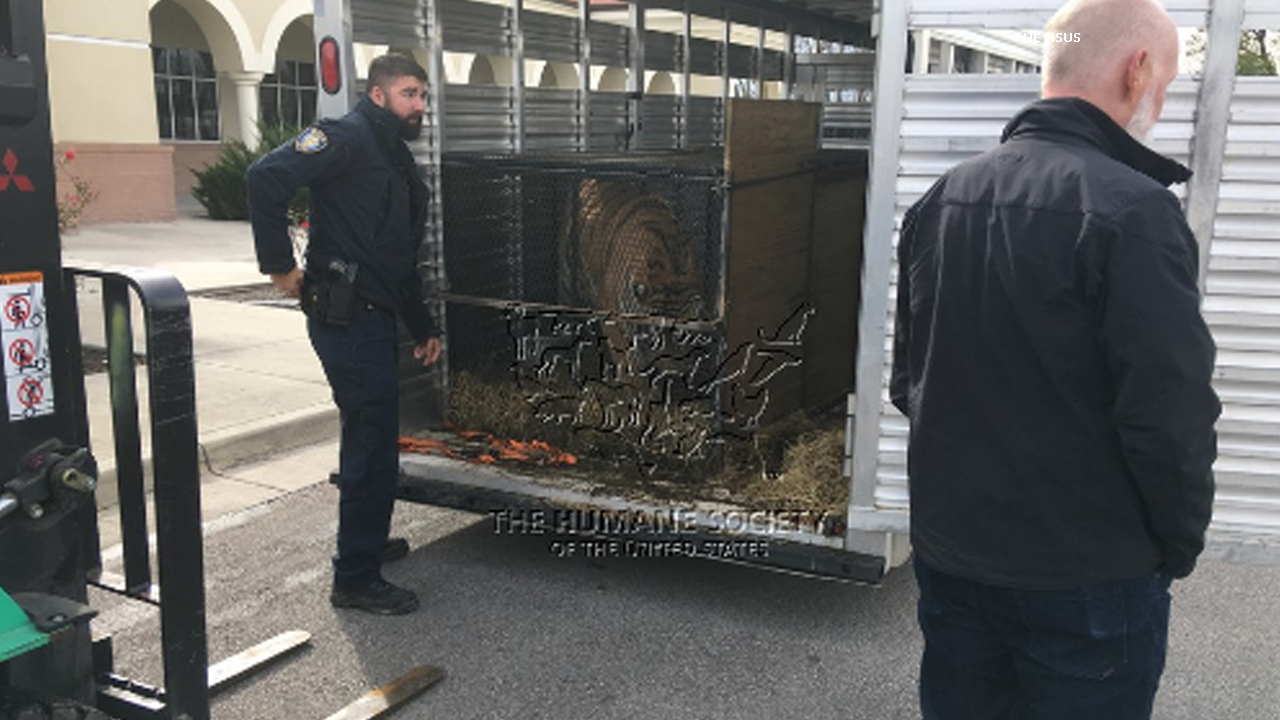 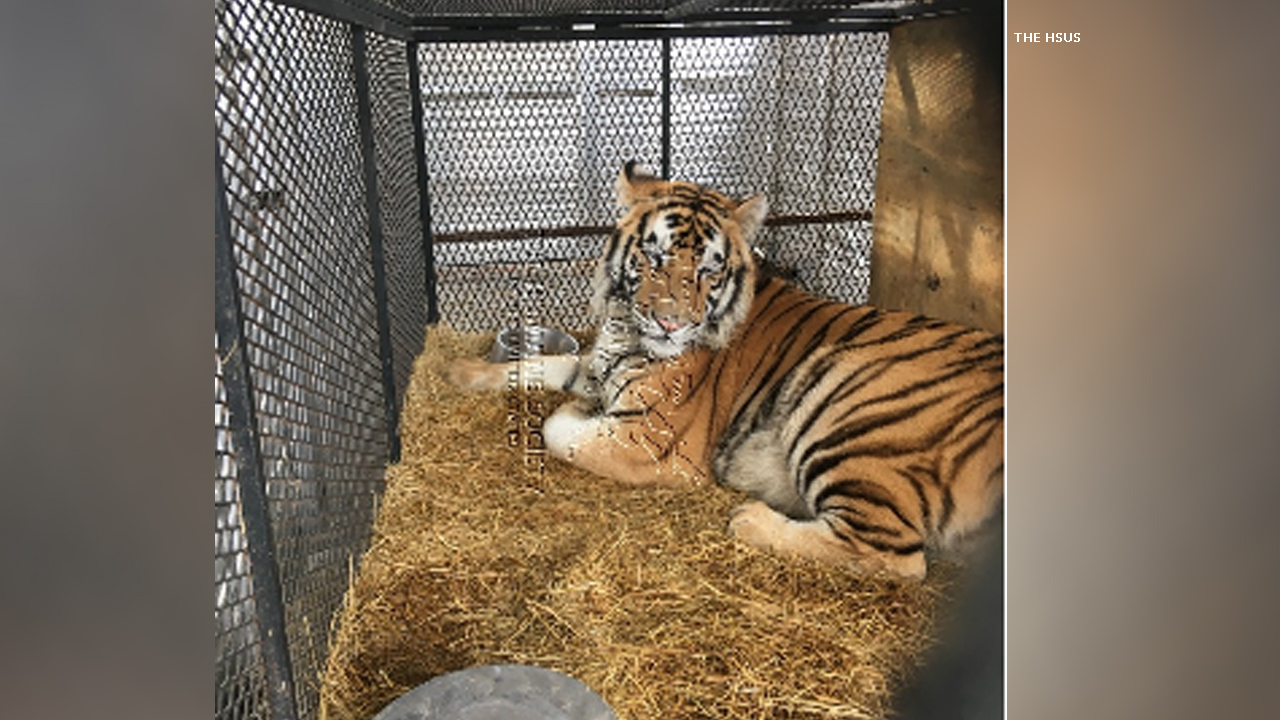 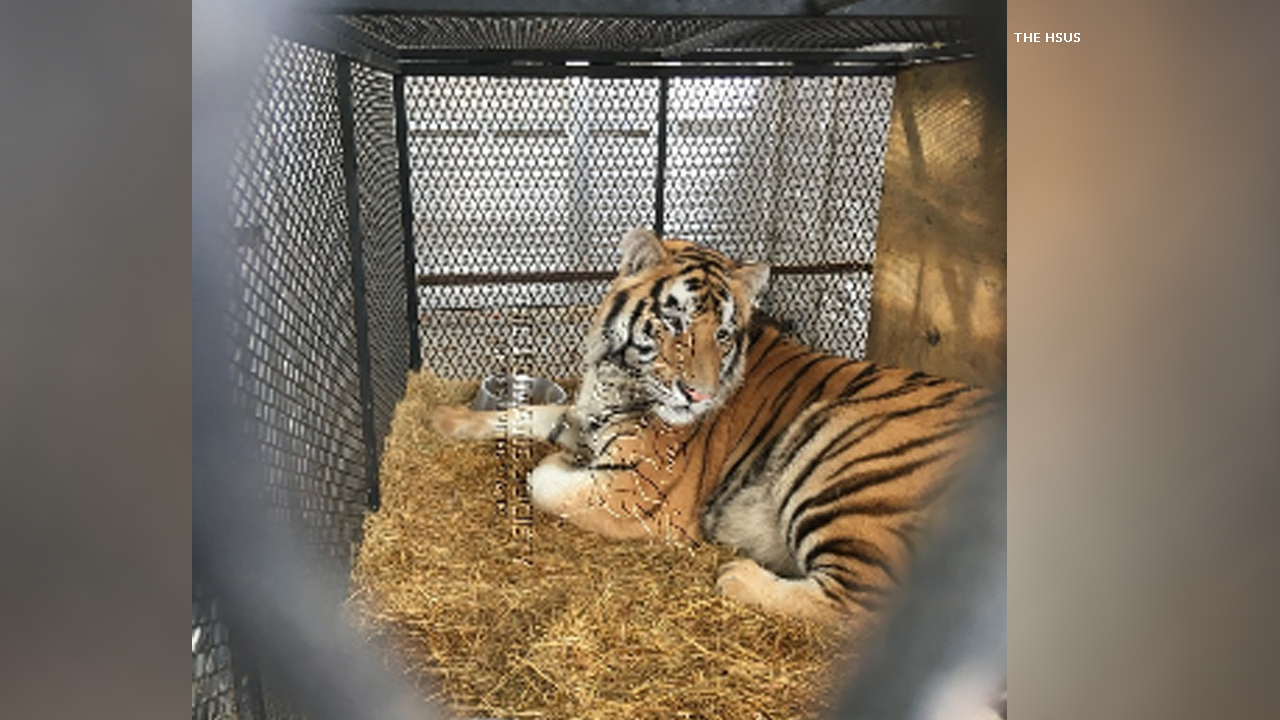 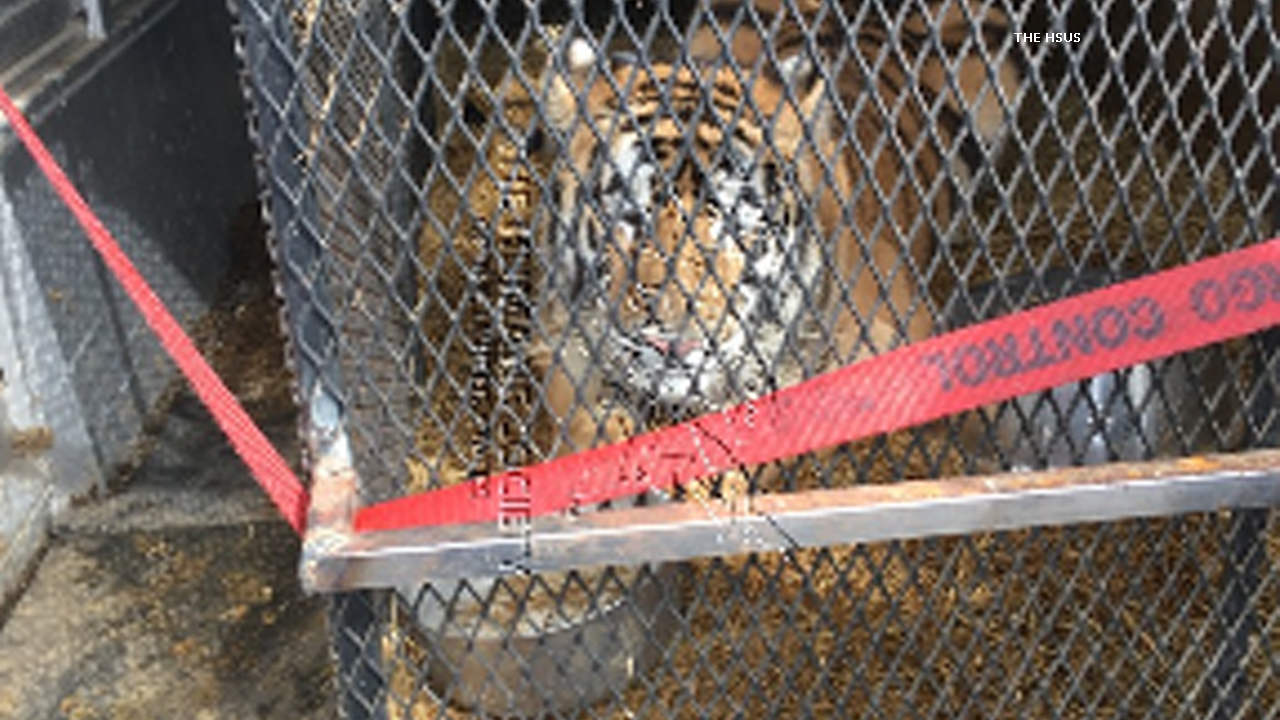 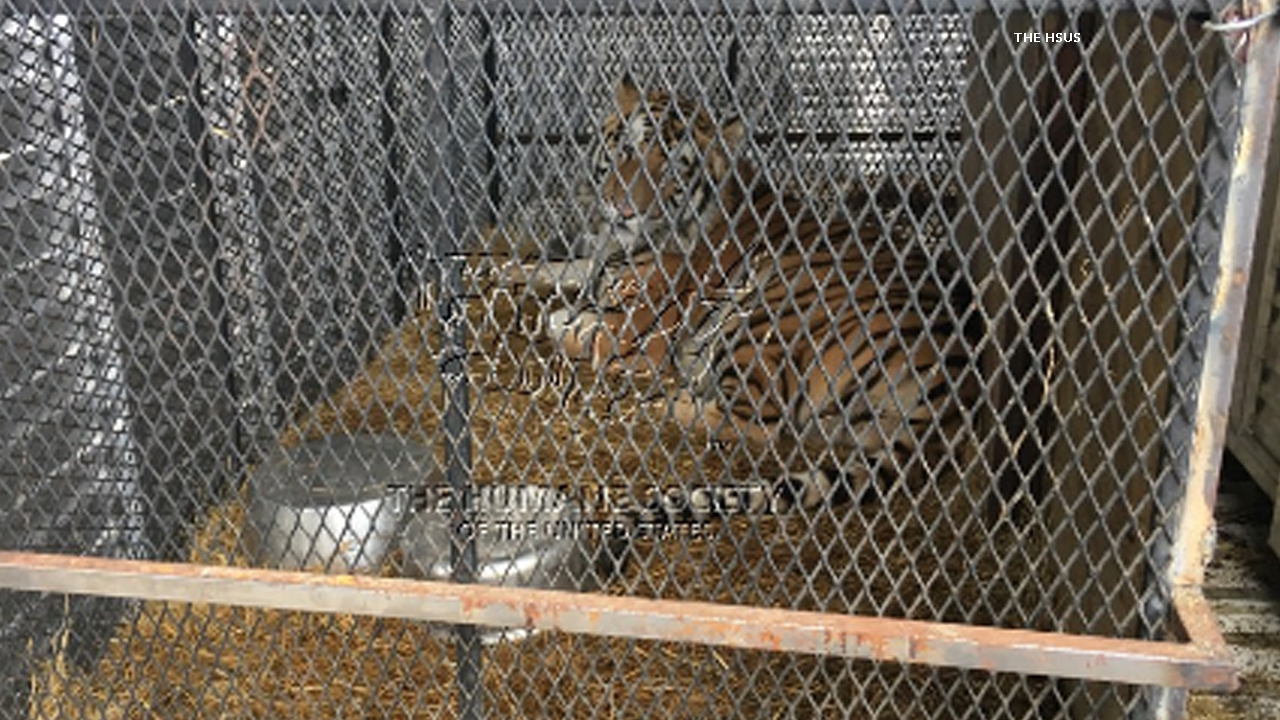 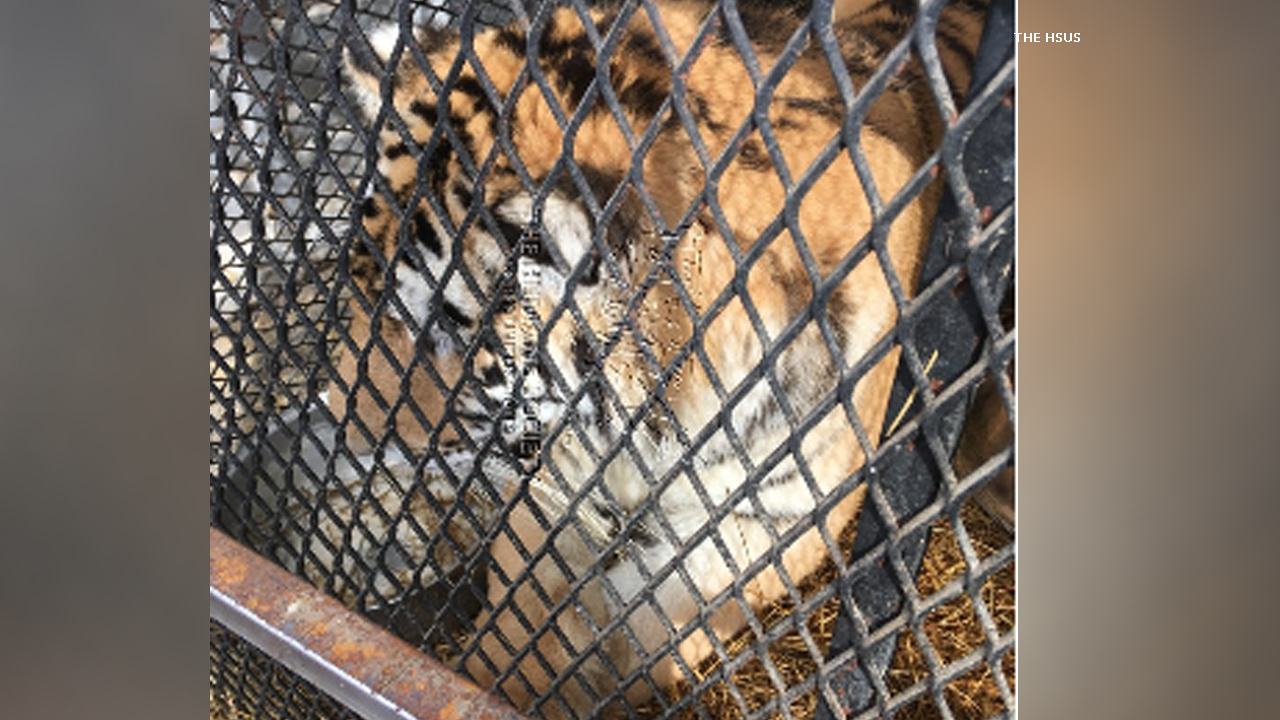 Click here if you would like to donate to help animals at the Cleveland Amory Black Beauty Ranch.

WATCH MORE OF THE TIGER'S MOVE: