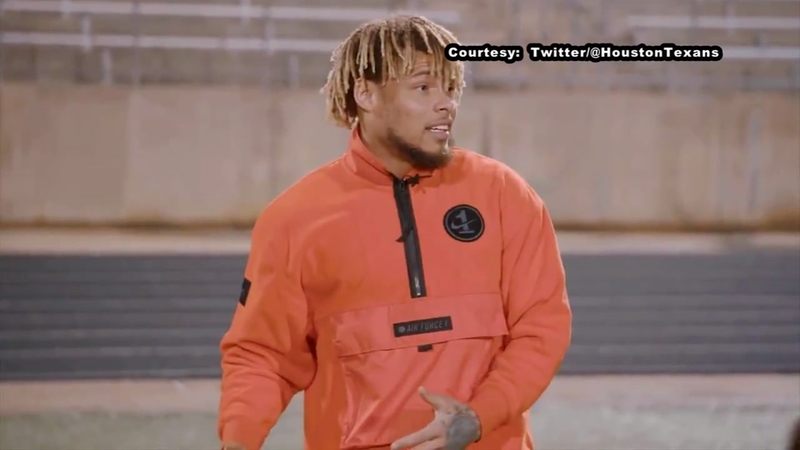 But with a stern focus, the team is still reeling from the death of teammate Drew Conley, who died earlier this month in a domestic shooting.

Facing a psychological challenge before taking on the Aledo Bearcats, the grief-stricken Buffs received a visit from Houston Texans star Tyrann Mathieu.

Chronicled on the Texans' team social media accounts, Mathieu expressed more than sympathy and condolences during his visit.

"All the stuff you've been through - it doesn't matter if it was this year, last year, really it could have been when you was 4, 5 years old - you gotta bottle all that up and channel all that stuff and figure what you wanna do with it in a positive way," Mathieu told the group of teens.

Mathieu, a six-year NFL pro, has faced his own hardships growing up, having been relocated from his hometown of New Orleans after Hurricane Katrina.

"Everything you've been through - the good and the bad - we gotta channel all of that up to get to where we want to go," Mathieu said.

The Buffs have already said their state run is being dedicated to Conley.

After an emotional week, the only thing standing in the way of Fort Bend Marshall is the 7-time champion Aledo Bearcats.