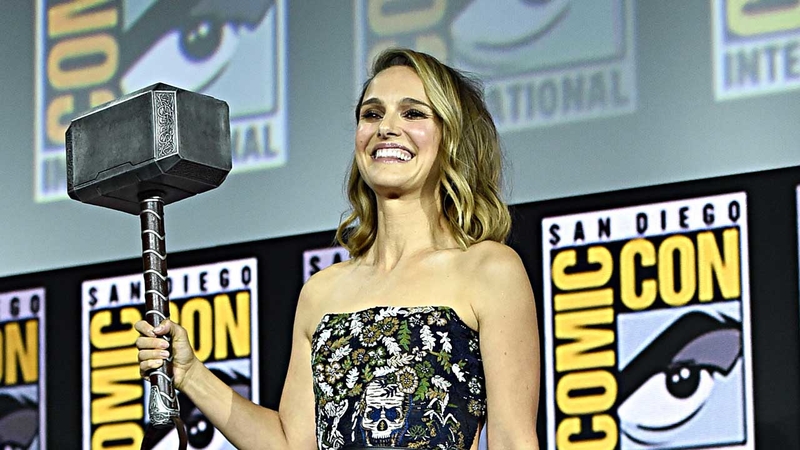 Director Taika Waititi introduced Portman at San Diego Comic-Con over the weekend as "female Thor" and ceremoniously handed her the mighty weapon known as Mjolnir. Foster picking up the hammer and taking on the role of Goddess of Thunder also happens in the comics in "The Mighty Thor".

"Thor: Love and Thunder" will see Chris Hemsworth returning as Thor and Tessa Thompson returning as Valkyrie. The pair were both on stage to welcome the Oscar-winning actress.

The last time we saw Jane Foster in the MCU's present time was in 2013's "Thor: Dark World." In "Thor: Ragnarok," Thor retorted that he and Foster had a "mutual dumping" after a fan told him she was sorry she dumped him. In "Avengers: Endgame," the struggling God of Thunder rambled and got distraught as he tried to recount Foster's experience with one of the Infinity Stones, and we caught glimpses of her when the team traveled back in time to recover the stone.

Fans will have to wait a while to see how Foster's newfound power plays out. "Thor: Love and Thunder" was announced as the last film in Marvel's Phase 4 and is expected to hit theaters in late 2021.

The Walt Disney Company is the parent company of Marvel and this station.