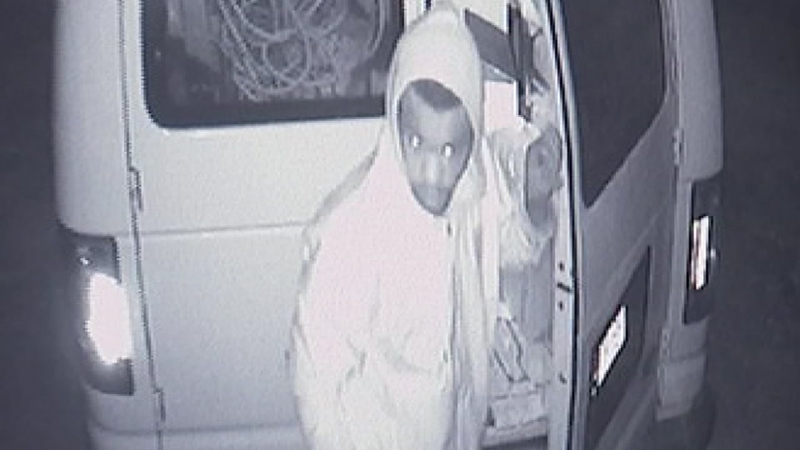 HOUSTON, Texas (KTRK) -- A northeast Houston family with two fences around their house already plans to add barbed wire after being targeted by thieves for the third time in about a year.

The family, who lives near Parker north of the Fifth Ward, asked to remain anonymous out of fear. They shared security video of the latest burglary Tuesday morning, when a man broke into the family's work van and stole about $6,000 worth of tools.

In October, one of the family's German Shepherds stopped a break-in but was shot near the eye in the process. The dog survived.

The first burglary was last year and cost them another $5,000 in tools, they said. After each crime, they added more security.

Currently, they have an iron and a wooden fence, three German Shepherd dogs and the cameras. Now, they plan to add barbed wire.

"We don't really want to keep going through this," said the homeowner's son, as he sat next to his frightened mother. "Basically, she doesn't feel safe here."

They don't want to be targets anymore or feel like they live in a fortress. They just want it to stop.