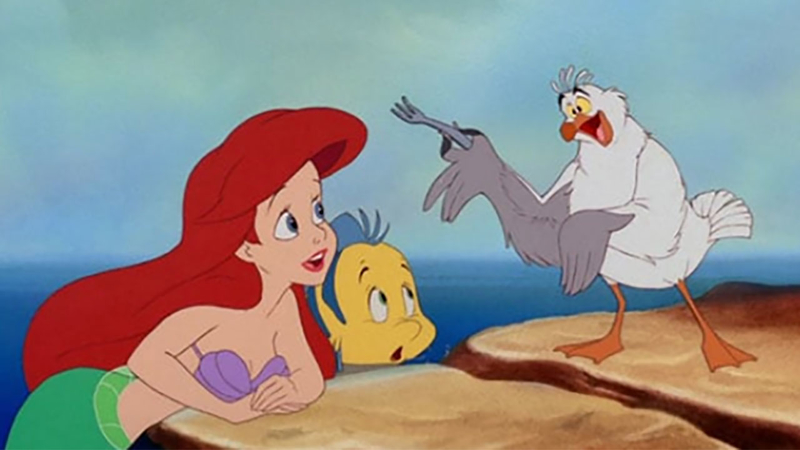 'The Little Mermaid' special coming to ABC this fall

BURBANK, Calif. -- Fans of "The Little Mermaid" now have something else to look forward to in addition to the upcoming film: a live musical event on ABC to mark the 30th anniversary of the 1989 animated classic.

Karey Burke, the president of ABC Entertainment, announced Monday that the network will present a reimagined hybrid version of "The Little Mermaid" featuring a broadcast of the feature film interwoven with live musical performances in front of a studio audience. It will include music from both the original animated film and the Tony Award-nominated Broadway stage adaptation.

"Moana" star Auli'i Cravalho will play the role of Ariel in the live performances, with Queen Latifah as Ursula and Shaggy as the voice of Sebastian. Additional casting announcements are still to come, the network said.

"The Wonderful World of Disney presents The Little Mermaid Live!" will air at 8 p.m. ET on Tuesday, Nov. 5.

The announcement came as Disney, ABC's parent company, prepares to begin production on a live-action, feature-film re-imagining of "The Little Mermaid." The studio announced in July that Halle Bailey, half of R&B duo Chloe x Halle, had been cast as Ariel in the film, which is slated to begin production in 2020.

ABC also announced Monday that '"Live in Front of a Studio Audience," the Jimmy Kimmel and Norman Lear-helmed May special that re-imagined two episodes of classic 1970s-era Lear sitcoms, will return with two new episodes. A live holiday special is slated for later this year, and a third installment will air in the spring of 2020. Two broadcasts of the May special reached 22.5 million viewers, the network said.