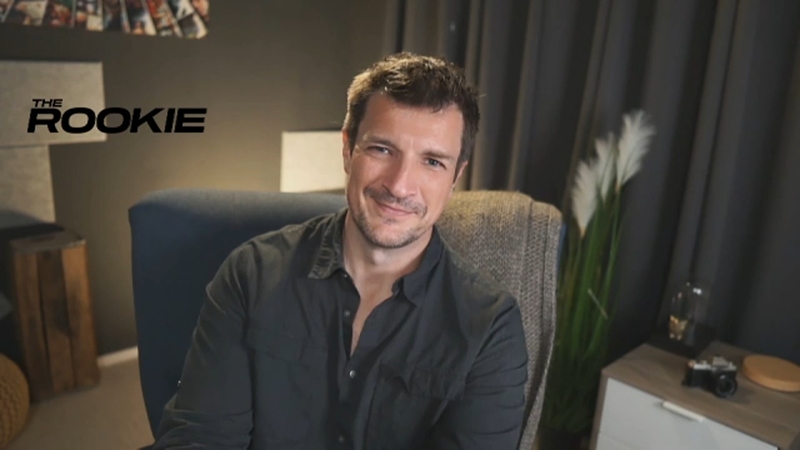 NEW YORK -- Season three of ABC's "The Rookie" is coming to a dramatic ending that fans won't see coming, at least according to its star.

Nathan Fillion, who plays Officer John Nolan, says that the bitter drug cartel involving La Fiera has been getting deeper and more serious as lines have been crossed and people have been killed.

"Back when we were doing our respective shows, 'Castle' and 'Bones,' Emily and I presented an award together, I want to say the Emmys, what a lovely, lovely, lady, what an incredibly talented actress. I'd been looking forward to working with her for years and we finally got to do it and in a role where we will more than likely get to see her again," Fillion said. "I can't tell you how excited I am."

This season of "The Rookie" was 14 episodes instead of 20 like in seasons 1 and 2 due to the pandemic, but Fillion says it was packed with plenty of story.

"People come first, the show comes next, and that allowed us to be safe enough to work through a pandemic, I'm not going to lie to you, it was scary, it was scary for all of us," Fillion said. "Tedious protocols and frequent testing, people taking care of each other allowed us to pull out 14 episodes and it could have been 10."

Fillion says he's hoping to bring more action and drama to season 4 of the show, but time will tell.

John Nolan appreciation post 🔥 Have you watched part one of #TheRookieFinale yet? If not, get caught up now on demand, or on Hulu! pic.twitter.com/RlAuR0vEQw