Breastfeeding mom targeted by thieves at The Galleria mall 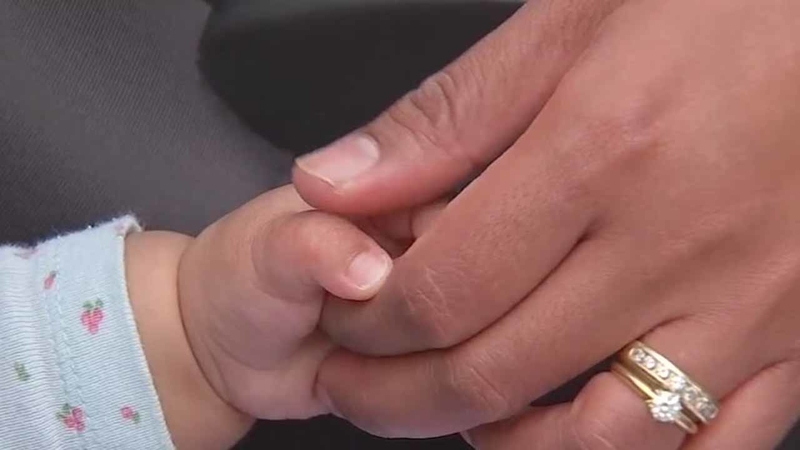 HOUSTON (KTRK) -- It was suppose to be a normal trip to the mall for a Houston mother until thieves took advantage of her breastfeeding her baby.

Charlene, a mother of three, took her kids to The Galleria during spring break.

She said she was just sitting on a chair nursing her baby in front of California Nails near Nordstrom inside of the mall. At the salon, here two daughters, ages 7 and 11, were inside getting their nails done.

Charlene had her diaper bag on the floor next to her feet and her stroller next to that. She said she saw two young men, likely teens, acting funny.

She thought to herself, "they must be joking."

"Are they playing around? Right after I thought that they grabbed my bag from me and they ran as fast as they could outside the mall, and I was just like no!" Charlene said. "Because my keys are in there. My wallet is in there. My cell phone is in there."

"All of a sudden, I look out of the corner of my eye again and she was screaming my baby, my baby, my purse," witness K.C. Tuckness said.

Tuckness was sitting at a restaurant nearby and said she saw it all happen.

"Immediately my reaction was get up and go help and so I tried running after the two kids," Tuckness said.

Tuckness and several other witnesses chased the suspects as they fled out of the mall but by they managed to escape.

"They prey on me knowing that I have my baby with me and my kids with me," Charlene said.

Houston police said they are still looking for the suspects. HPD says theft is up 7.5 percent city-wide.

ABC13 reached out to The Galleria for comment. Mall officials said they would look into the matter but at the time of publication, did not return calls for comment.

Charlene is just grateful for what the thieves didn't take.