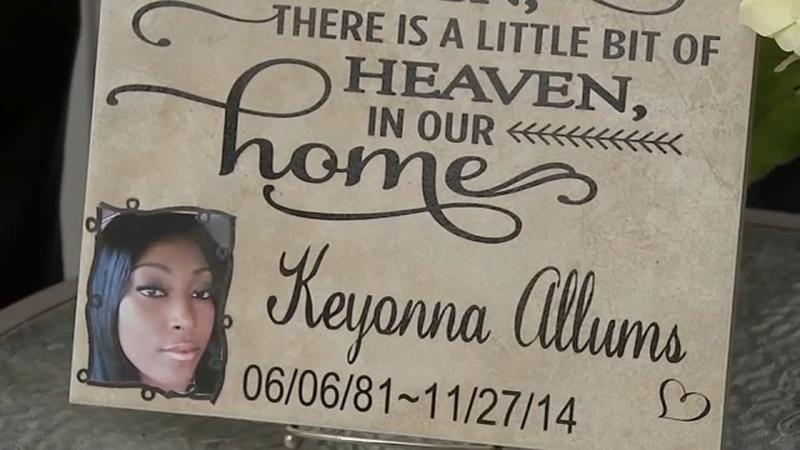 TEXAS CITY, Texas (KTRK) -- The parents of a woman killed on Thanksgiving Day five years ago are praying for justice this holiday season.

Ellison's daughter, Keyonna Allums, was strangled in her Texas City apartment complex in 2014.

She had spent that morning with Ellison preparing for Thanksgiving dinner. She was killed later that afternoon inside her apartment.

"I miss my baby," said Ellison. "I miss my daughter, Jesus. I know in God's time, we'll get justice."

Allums' father, Edwin Newsome, remembers being called to his daughter's apartment after it was discovered something went terribly wrong.

"When I got to the door, this lady come and said my daughter was murdered," he said. "That's how it went, and it's been rough ever since."

Texas City police began investigating right away. However, as the months turned into years, there have been no arrests, and no viable leads.

"Imagine going five years and not knowing who, what, when, or how your family member has been taken from you," said family member Wayne Hopgood, who led an impromptu prayer circle outside the family home Thursday afternoon.

Inside, the kitchen was filled with the bounty of Thanksgiving. There was turkey, ham, casseroles, and all the trimmings. Allums would have loved it, her mother said. She loved to cook.

As the family sits down for Thanksgiving with no answers, they will pray for a miracle.

A father, who was shot 5 times and pushed from his car, is one of only two unsolved murders in Santa Fe, Texas.