Energy expert explains why Texas is still vulnerable to blackouts: 'We dodged a bullet' 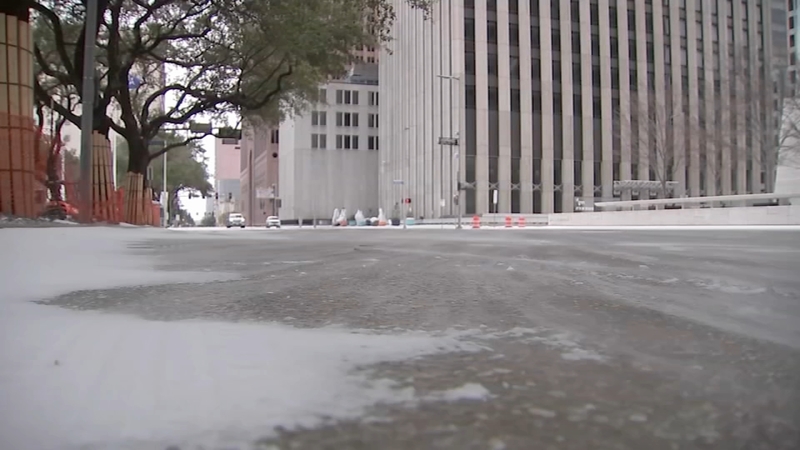 HOUSTON, Texas (KTRK) -- When Houstonians went to sleep Thursday night, it's safe to say more than a few people were worried whether their lights would turn on Friday morning.

"There was a lot of political pressure ... a lot of pressure on everyone to keep the lights on," said Joshua Rhodes, Ph.D., an electricity expert with the UT Austin-based Webber Energy Group. "At least that did happen."

Rhodes said that while we should be relieved the lights stayed on, we should not be relaxed because Texas is still susceptible to rolling blackouts.

"The fact that the power stayed on is great. That's a pretty low bar to get over," said Rhodes, who is concerned that the natural gas producers in the state are not fully weatherized. "One of the things I worry about is we have not yet taken a hard look at the natural gas sector to make sure it is robust against winter storm events."

Rhodes said natural gas produces about half of the state's energy. Other sources, including nuclear, wind, solar, and coal, make up the rest. All of these energy producers send their products to the power plants, which generate the electricity that's sent to consumers. Unlike power plants, which were required to weatherize in laws passed by the legislature after the 2021 freeze, Rhodes said natural gas producers have not been required to do the same.

Since natural gas accounts for the majority of energy generated for electricity in Texas, the freeze of those plants would immediately cause a lack of electricity, which is what happened last year.

"If we don't fix the natural gas delivery network, then the power plants may not be able to make electricity, and people will not get the electricity they want," said Rhodes.

Former ERCOT Vice-Chair Peter Cramton told ABC13 that the best way to ensure Texas doesn't get plunged into the darkness when natural gas plants freeze, is to diversify. He would like to see the state invest in more renewable energy, but he knows that's an uphill climb.

"It's a very tough thing to sell in Texas," said Cramton. "But Texas has phenomenal renewable resources. We've seen this in wind and we're starting to see this in solar. And the question is, how did Texas become the energy capital of the future rather than the legacy energy capital?"