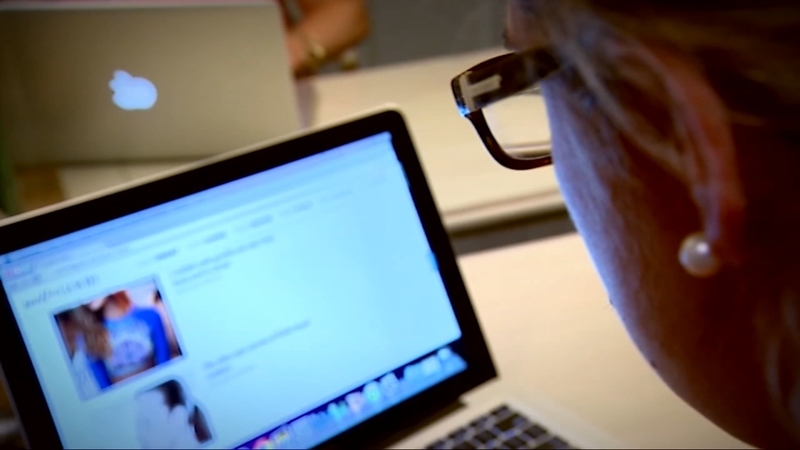 Bookings for mental health help filled up from start of pandemic

For a lot of Texas college students, last fall was a brief oasis from the pandemic's disruptions. In-person classes returned and with them, a small sense of normalcy, compared to the start of the pandemic two years ago.

"The ability to walk out of a room or walk outside and then walk into another classroom ... It did so much more for me than I would have expected," Rohin Balkundi, a senior at the University of Texas at Austin, said about the fall semester.

But then the highly contagious omicron variant emerged and with it, a sense of dread for college and university students, including some who are now watching as their fifth semester, becomes another casualty of the ongoing pandemic.

As of Jan. 18, there are 4.7 million confirmed cases. The average number of cases reported over the past seven days shows how the situation has changed over time by de-emphasizing daily swings. The number of new cases reported drops on weekends, when labs are less likely to report new data to the state.

William Jackson, who began a master's program in business at the University of Houston-Downtown in 2020, says students have to stay on top of constant changes to a class syllabus and whether that class will be taught online or permit in-person attendance.

Universities were already struggling to manage the increasing demand for mental health services among college students even before COVID-19 came to campus.

Now, as most Texas colleges and universities begin a fifth semester during the COVID-19 pandemic this week, rapidly changing rules about class attendance and safety protocols to mitigate the spread of the virus are fueling doubt and anxiety.

Many students say they are mentally languishing due to the whiplash of ever-changing safety measures and continued isolation.

"We are forced to act like everything's OK," said Kevin Christman, a sociology graduate student at the University of Texas Rio Grande Valley. "We're close to a million COVID deaths (in the United States) already and the government is like, 'You guys got to keep working because the economy needs to keep running.' So it's just like, what's the point of it all?"

As Texas reaches a record number of positive COVID cases due to omicron, universities and colleges continue to take different approaches to respond to the variant.

Some, such as Texas State University and UT-Austin, are allowing faculty to start the first two weeks of classes remotely. According to UT-Austin's COVID dashboard, they've recorded 1,205 positive cases since the start of the year, a third of the total positive cases during the entire fall semester.

SEE ALSO: Bookings for mental health help filled up in the Houston area from start of pandemic

Others, such as Texas A&M, are starting classes in-person as scheduled.

Safety protocols can also vary widely when it comes to mask requirements.

Some private universities, which can require students and faculty to wear masks, are doing so. Texas Christian University continues to require masks indoors. At Southern Methodist University, masks are optional, though faculty can require them in their classes. Baylor University is requiring masks in classes and labs for the first two weeks.

But five semesters into this pandemic, students have grown weary of the changing rules each semester and are hesitant to trust guidance because of how often it changes.

Some are growing worried about whether all this stress is worth it. And many others say they're more apathetic to their course work and frustrated by the inability to plan ahead for classes or campus events that might shift online or get canceled.

"You see one school shifting online so you ask, 'Are we doing it?'" said Mary Ann Covey, director of the counseling center at Texas A&M. "There's this anticipation of, 'I've got to be prepared to pivot.' Some people have kind of created their own ways to cope with that and other people are lost as they were the first day they did it."

Meanwhile, others feel defeated about the world they will enter after college.

"I feel like I'm supposed to go about my normal routine while the world is basically collapsing in on itself," Christman said.

Then there's challenges students face outside of keeping up with classwork and ever-shifting schedules.

Don Guazo, who started this fall at Midland College, worries his unvaccinated classmates could transmit the virus to him, and then he'd bring it to his job working alongside vulnerable patients at a cancer care center.

"Some days I'm just like, I don't even know why I'm trying to learn this. I can't focus at all," Guazo said.

Guazo left Texas A&M during the fall 2020 semester because he was concerned about getting the virus. But he returned to school, this time enrolling in the nursing program at Midland College last year because he saw the need for health care workers.

Still, school during the pandemic hasn't gotten any easier. He says he struggles to pay attention. He elected to take all of his classes online so he wouldn't catch the virus and possibly infect those at his job at Texas Oncology.

"I can't even go to an in-person classroom because I just risk becoming a transmitter."

By the first day of the spring semester, the request for help from students was almost immediate.

Meghan Becker is director of CARE team services at Baylor University, which helps students experiencing mental health problems find counseling and other services. Her four-person team has been handling a "mental health tsunami" since the fall semester, when, she says, they saw a 70% increase in requests for appointments compared to the fall of 2020.

"If today is any indication, it's going to be the same if not more intense than last semester, especially with the new variant and students having to isolate," Becker said.

At Texas A&M, Covey said the university counseling center reported that 132 new students requested appointments on Tuesday, the first day of the spring semester. In 2018, 59 new students requested appointments throughout the entire first week of the spring semester. They also launched a new mobile app this semester called My Student Support Program, or My SSP, which allows students to access short-term virtual counseling to help meet some of the increased demand.

Beyond the anxiety and uncertainty, Covey said college counselors are also trying to advise and referee a bit more as students' views on the pandemic break along political lines, producing some more vocal confrontations.

"You have people saying, 'I'm so over COVID' to someone who potentially lost their grandparent or parent," she said. "The lack of recognition of people's losses, whether it be loss of life or loss of income, loss of business - lots of losses. And then people not tolerating different perspectives. I see that really frustrating people."

In one group counseling session for students who are grieving the loss of a loved one, Covey said everyone in the nine-person group had lost a parent or grandparent because of the virus. For many, she said, they are battling grief but also anger at family members or friends who might not have taken the virus seriously.

Emily P. Schaefer, a sociology major at Texas A&M, said she became exhausted by the way pandemic politics bled into the classroom, compounding the academic stress she was already combating.

"Don't get me wrong, I care about others as well as myself, and I would wear a mask, but anytime something was said that someone else didn't agree with - it would be like World War III starting," Schaefer wrote in an email to The Texas Tribune. "People would say, 'you don't care about this,' or 'because you aren't wearing a mask, you don't care about that.'"

In one class last fall, she said students would not wear a mask simply to elicit a response from other students who were wearing masks.

"There's just like 1,000 checklist items and you don't want to send someone off," Charnley said. "You don't want to ask about someone's vaccination ... if they feel it's personal to them. It just makes me stressed, especially with new people."

Balkundi counts himself as a lucky one: He had three full semesters to make a solid friend group at UT-Austin before COVID arrived. He said he and his friends all tested positive for the virus in December, which makes it even harder to just stay inside for their final semester of college.

"At this point, we've done all we can," he said. "We are vaccinated, we wear masks, we sanitize our hands. Apathy is just kind of, like, snowballing."