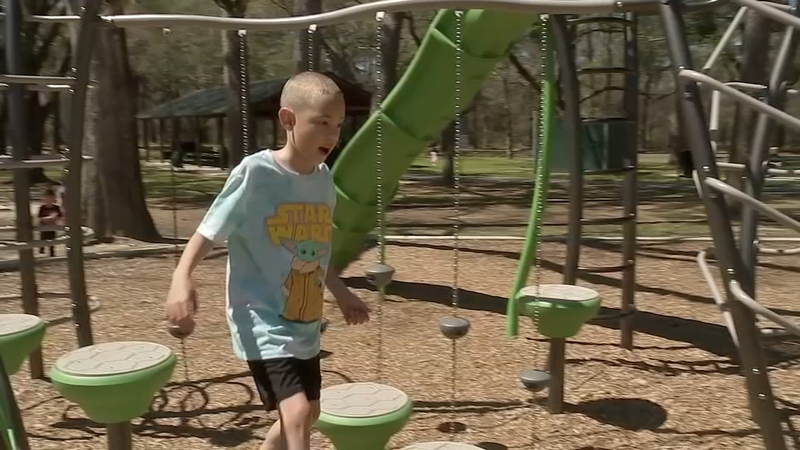 CYPRESS, Texas (KTRK) -- A Cy-Fair family says their special needs child was left heartbroken after not being able to participate in a school program due to what they believe is a growing teacher shortage. The family says the 8-year-old couldn't join because there wasn't a staff member available to be with him during the performance.

Sean Burton is a bright, sweet little boy. He's on the autism spectrum, but that doesn't stop him from wanting to enjoy a normal life like every other kid his age. His family values each joyful moment he gets, but recently, they told ABC13 his light was dimmed.

"I had a hard time telling him that he could not perform. I just told him it was canceled," Sean's grandmother, Dawn Tobias said.

Tobias says all second-graders at Moore Elementary School were gearing up for a musical performance last week. But hours before the show started, the family got a call saying that due to some struggles Sean had in rehearsal, a staff member would have to stand with him.

"Unfortunately, there was no staff to stand with him that day. So, therefore, he could not participate in the program. Part of his IEP is, he's supposed to have someone available. I don't care if it's the principal that has to step in. Do your job," Tobias continued.

Teacher shortages are the talk of the town. According to a report from the University of Houston, from 2010 to 2019, the number of teachers statewide fell by about 20%. In a Charles Butt Foundation poll, of 919 Texas teachers last year, 68% said they seriously considered leaving the profession in 2021, which is an increase of 10-percentage points compared to the year before.

COVID-19 concerns and feeling overworked and underpaid have been a reason a lot of teachers have left, according to those recent studies and polls.

Regardless of those issues, Tobias, like many others, has a reasonable expectation every time she drops off her student.

"I believe there's a problem, you know? But that's not our problem," she said.

We reached out to Cy-Fair ISD about Sean, but due to spring break, we have not been able to get a response on the phone or through email. We're told that they're working on our request.