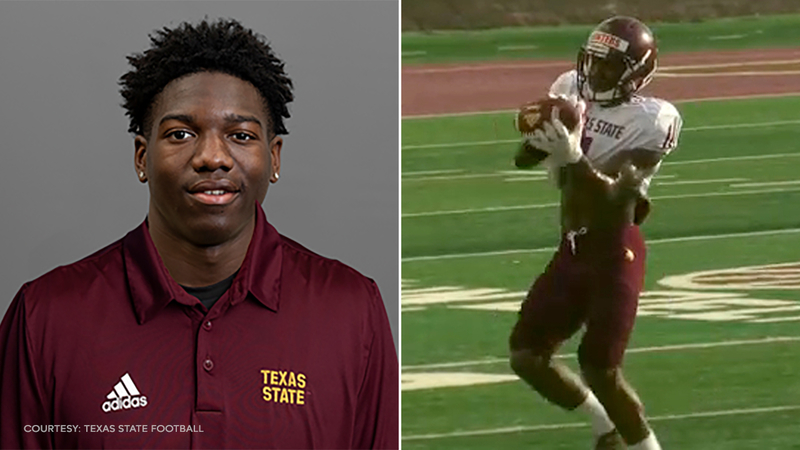 According to U.S. Marshals, 19-year-old Christopher Lee Williams has been arrested and charged in connection to the murder.

A warrant was issued back on Feb. 6 in efforts to locate Williams in Hays County. Authorities were then able to pin Williams' whereabouts to the greater Austin area and begin surveillance around Indian Oak Bend.

Williams was later arrested without incident.

He was reportedly transported to the Travis County Jail where he will await extradition to Hays County.

According to San Marcos police, 20-year-old Khambrail Winters died after gunshots were reported at an apartment complex at 1975 Aquarena Springs. He suffered a gunshot wound to the chest and died at the scene.

Police said an initial investigation showed Winters, another man identified as Michael Ifeanacho and a woman planned to purchase marijuana at the complex.

Officers arrested Ifeanacho and Enalisa Blackman, who were initially charged with capital murder. Police, though, did not disclose specifically the reason they were charged.

The Alief Taylor Football program is deeply saddened by the passing of our former DB and TX State DB Khambrail Winters. We will remember is extraordinary athletic abilities, but most importantly we will remember his kind heart, and easygoing personality. A true Alief Legend. RIP pic.twitter.com/ZnOiFePxs0