Sen. Alvarado's effort is more of a symbolic gesture than an attempt to block passage of the bill.

Since before sunset Wednesday, state Sen. Carol Alvarado had been on her feet speaking, not allowed to sit or lean against her desk, on the Senate floor.

AUSTIN, Texas -- Since before sunset Wednesday, state Sen. Carol Alvarado had been on her feet speaking, not allowed to sit or lean against her desk, on the Senate floor.

Unable to take bathroom breaks or drink water, she had worn a back brace, eyeglasses and running shoes and talked slowly behind a desk stacked with papers and with a microphone in her hand as she mounted a 15-hour filibuster. The target of her efforts was Senate Bill 1, the GOP's priority bill that would place new restrictions on voting that many opponents say would disproportionately suppress ballots from voters of color and disabled voters.

But ultimately, her speaking marathon could only delay the passage of the bill in the Republican-controlled Senate. Shortly after she finally stepped away from her desk around 9 a.m., the Senate voted to advance the measure on a 18-11 party-line vote.

The video above is from an earlier report in the midst of Sen. Alvarado's filibuster.

With her Democratic colleagues surrounding her desk on the Senate floor after her marathon, Alvarado invoked her Houston constituents - the voters who took advantage of the voting options SB 1 would ban - and asked why they should not be allowed as many opportunities to vote as the county was willing to offer.

"As we draw this discussion to an end, it is my sincere hope that civil acts by everyday Texans, from the Senate floor to the ballot box, can help to shed the light on all important issues," Alvarado said Thursday morning. "What do we want our democracy to look like?"

Alvarado's filibuster began just before 5:50 p.m. Wednesday, and likely will end up being more of a symbolic gesture than a credible attempt to block passage of the voting bill. Her ending the filibuster clears a path for the Senate to grant final passage to SB 1 on Thursday. When she took the floor, the Legislature was on just the fifth day of a 30-day special session, called as Democrats have left the House without enough members present for the Republican majority in that chamber to pass legislation.

That left plenty of time for the Senate to pass the legislation despite the temporary delay. But Alvarado said she felt compelled to filibuster to "put the brakes on" the bill and delay its final approval to shine a spotlight on its provisions.

"Senate Bill 1 slowly but surely chips away at our democracy. It adds rather than removes barriers for Texas seniors, persons with disabilities, African Americans, Asian and Latino voters from the political process," Alvarado said at the onset of her effort. "[President Lyndon B. Johnson] said the Voting Rights Act struck away the last major shackle of the fierce and ancient bond of slavery. Senate Bill 1 is a regressive step back in the direction of that dark and painful history."

Alvarado filled the time by recounting portions of the history of the fight for voting rights, reading testimony on the bill that her office collected from the public and going over portions of the bill in excruciating detail with assists from Democratic Senate colleagues who took turns asking her lengthy questions, often speaking at a much slower tempo than usual, in what appeared at times to be a largely empty Senate chamber.

As the filibuster stretched into the early morning, Alvarado read messages being sent to her by voters and Democratic elected officials urging her effort on.

Republican senators and Lt. Gov. Dan Patrick, who presides over the chamber, appeared to be drifting in and out as the night went on, but made no efforts in to raise procedural objections that might cut her off.

Ahead of her filibuster, Alvarado acknowledged the bill would eventually pass in the Senate but framed her effort under the same "use every tool in the toolbox" mantra House Democrats have adopted during their quorum break targeting the legislation. And she vowed to keep going "as long as I have the energy."

"I'm using what I have at my disposal in the Senate," Alvarado told The Texas Tribune. "The filibuster isn't going to stop it, but a filibuster is also used to put the brakes on an issue - to call attention to what is at stake - and that is what I am doing."

The passage of SB 1 in the Senate is the latest strike in Republicans' struggle to clamp down on the state's voting process, which has now extended into a second round of legislative overtime. Their efforts have been derailed for months by an impasse in the House where Democrats have continued to leave the chamber's Republican majority without enough members present to do business in a bid to block the GOP's proposals.

SB 1 is the Senate's revived effort to restrict voting by forbidding local officials from taking various steps to make voting more accessible, and further tightening the vote-by-mail process. The bill is nearly identical to legislation the Senate approved in the first special session, and is opposed by Democratic lawmakers, civil rights groups and advocates for people with disabilities who have raised concerns the bill would limit access and suppress marginalized voters.

"We're talking about [it being] easy to vote, hard to cheat, and that's what this bill is about," state Sen. Bryan Hughes, the Mineola Republican who authored the legislation, said earlier in the day when the Senate gave initial approval to SB 1 on a 18-11 party-line vote. "It cracks down on those vote harvesters, those paid political operatives who try to coerce voters, who try to mislead voters, who try to get in between the voter and her ballot. We will not have that in Texas."

Pushed under Texas Republicans' mantle of "election integrity," SB 1 enhances partisan poll watchers' freedoms inside polling locations and sets new rules - and possible criminal penalties - for those who assist voters, including those with disabilities, in casting their ballots.

Republicans have pushed forward with those changes even as advocates for people with disabilities have continued to warn that the wording of SB 1 risks disenfranchising the voters who lawmakers claim they want to protect by limiting the assistance voters with disabilities could receive and potentially subjecting those helping them to increased penalties for mistakes. There also remains no evidence that fraud occurs on a widespread scale in Texas.

"When has a crackdown on voter harvesters become voter suppression?" said state Sen. Paul Bettencourt, R-Houston. "Who wants voter harvesters? Why would we tolerate it? We shouldn't."

Hughes has also defended the bill by noting it would allot extra time for voting. SB 1 adds one extra hour of required early voting hours, increasing it from 8 hours to 9 hours per day, and lowers the population threshold for counties required to provide at least 12 hours of voting during the second week of early voting in state elections.

But the bill would also outlaw local voting options like the 24-hour voting and drive-thru voting efforts championed in Alvarado's home county, Harris County, even though the top elections official for the Texas Secretary of State has told lawmakers he is not aware of evidence of fraud tied to those initiatives.

Those prohibitions have piqued particular outrage by Democrats and voting rights advocates because Harris County has indicated the initiatives were particularly successful in reaching voters of color.

"Although provisions of this bill would make voting easier for some Texans, it simultaneously would make it harder for historically disenfranchised communities of color to participate in elections," said Sen. Judith Zaffirini, D-Laredo.

She pointed out how the bill's new window for early voting - between 6 a.m. and 9 p.m. - would curtail the extended hours offered in some of the state's largest counties during the 2020 election where "approximately one of three Black Texans, one of three Latino Texans and one of three Asian Texans live."

"If Senate Bill 1 is passed, it will result in communities of color having fewer opportunities," Zaffirini said.

Ahead of the chamber's preliminary vote on the bill earlier Wednesday, Hughes did accept a series of amendments that addressed at least one line of concerns raised by voting rights advocates.

In what appears to be a concession to Democrats who have pushed for its creation, SB 1 includes language to allow for a new correction process for mail-in ballots that would ordinarily be rejected because of a missing signature or an endorsement a local review board determines does not belong to the voter who returned the ballot. The Senate signed off on an amendment to allow voters to address those issues online instead of requiring them to visit their county election's office in person.

The chamber also added an amendment to allow that curing process to cover the new ID requirements the bill creates for Texans voting by mail. SB 1 requires those voters to provide their driver's license number or the last four digits of their Social Security number on applications for mail-in ballots and the envelopes used to return their ballots. For their votes to be counted, that information must match the person's voter file.

In a statement following the adoption of those amendments, Chase Bearden, the deputy executive director of the Coalition of Texans with Disabilities, indicated his organization was pleased by the changes but urged lawmakers to work on barriers that remained in their proposed legislation.

"Still, election measures lose any semblance of integrity if they cross the line into interfering with the reasonable, necessary, and legally protected accommodations the millions of Texans living with disabilities need to make our voice heard in our democracy," said Bearden, whose testimony was cited as driving some of the changes to the bill.

The Senate's vote dispatches the bill over to the House where it will stall until the chamber regains a quorum. The House was embroiled in its own political drama on Wednesday after House Speaker Dade Phelan signed 52 civil arrest warrants for missing Democrats, many of whom fled the state last month for Washington, D.C., to block the GOP elections bill during the first special session.

But instead of prompting absent Democrats to return, quorum-breaking lawmakers instead appeared to double down on extending their weekslong truancy.

Disclosure: The Texas Secretary of State has been a financial supporter of The Texas Tribune, a nonprofit, nonpartisan news organization that is funded in part by donations from members, foundations and corporate sponsors. Financial supporters play no role in the Tribune's journalism. Find a complete list of them here. 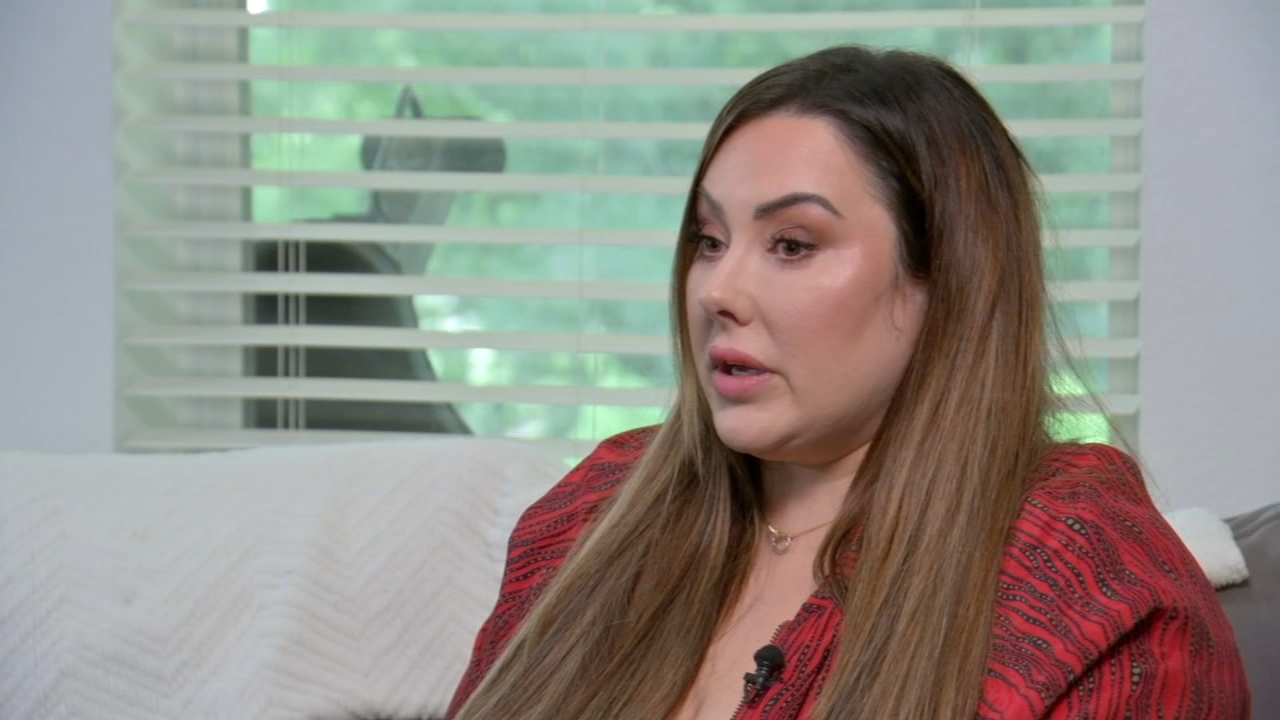 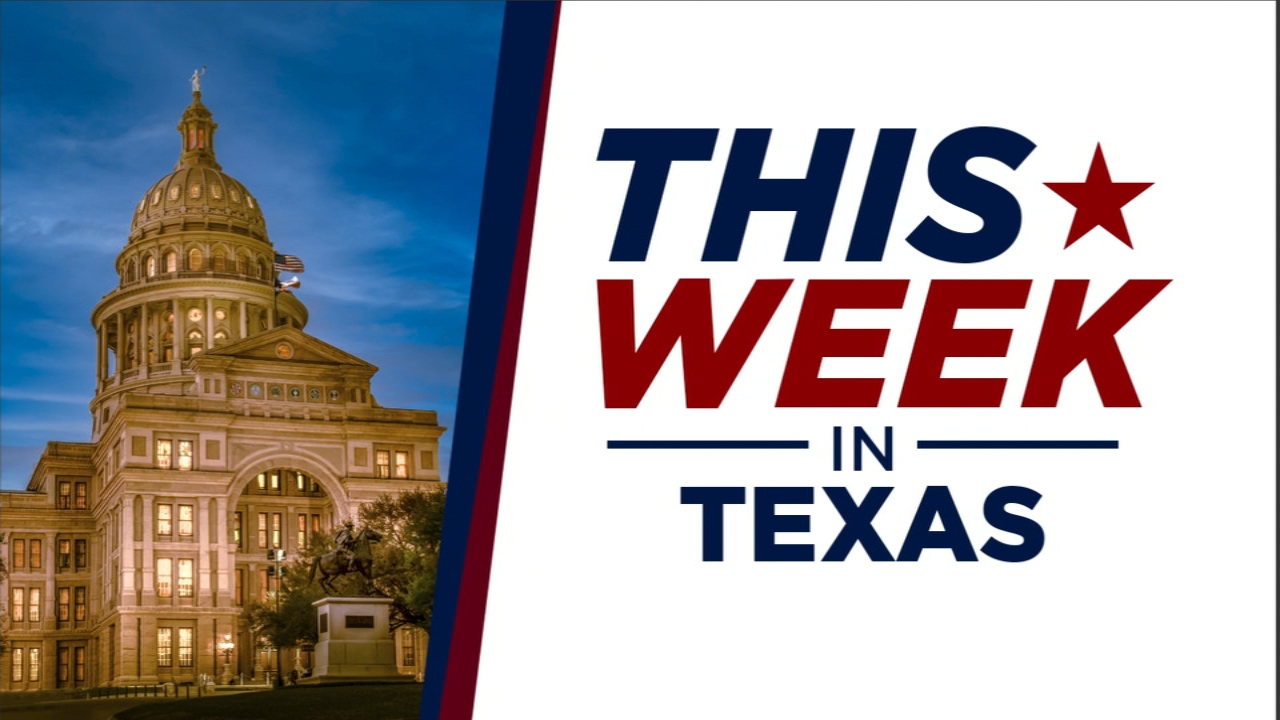