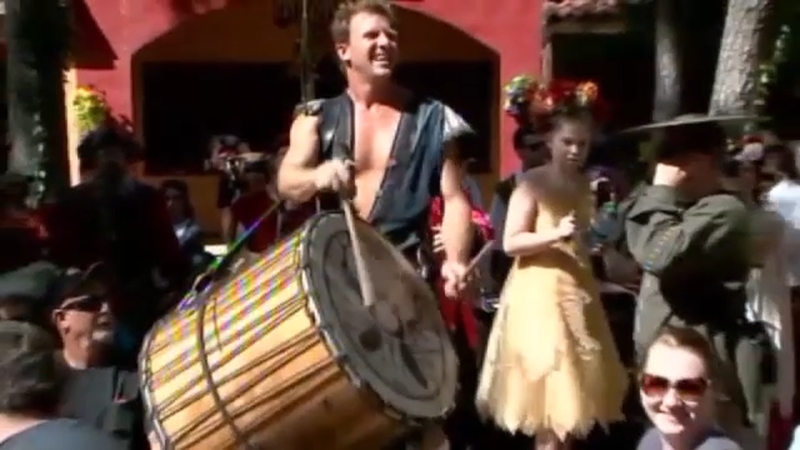 TODD MISSION, Texas -- The Texas Renaissance Festival will debut a pirate ship museum, a tower slide-part of a multiyear expansion of the festival grounds-and new vendors and entertainment this fall, including a pyro juggler, festival officials announced in a Sept. 1 release. The 46th festival season begins Oct. 3 in Todd Mission, just north of the city of Magnolia.

To provide space for social distancing amid the ongoing coronavirus pandemic, festival capacity will be limited to 50% capacity. Shop owners must also abide by 50% capacity limitations, according to the release.

As a result, all tickets for the festival are date-specific and must be purchased in advance of arriving at the festival grounds-excluding military, first responders, student and senior discount tickets, which require an ID to purchase. Festival tickets are available in advance online, via Groupon and at H-E-B. Children age 12 and younger will receive free admission on Sundays during the festival.

While the festival is rolling out new health and safety guidelines this fall-including all staff and participants wearing face coverings, festivalgoers following state guidelines regarding face coverings and the addition of 20 mask break areas and 200 hand sanitizer stations-some festival attractions will be closed this fall to comply with COVID-19 guidelines, according to the release.

Changes for the upcoming season include suspending The After Dark Saturday evening entertainment experience until 2021, not offering costume rentals this season and canceling the annual School Days event, according to the release. Additionally, the King's Feast-a daily event-will offer only one seating per day this fall, and the Tea & Strumpets high tea event will have limited seating by reservation.

However, 349 vendors will still be featured throughout the festival ground, including 11 guest vendors and 20 new vendors this season, according to the release. Thirty stage acts are also still planned, as are the nightly fireworks.

In addition to new and guest vendors, the festival's expanded area will also include new entertainment, such as a pirate ship museum, a tower slide, pyro juggler Thomas Wood and accordionist Amanda Kitchens, and the multiple-story Wyrmwood Public House.

A face mask contest will also be held in addition to the daily costume contest; it will be judged on the weekend's theme and on creativity, according to the release.

Read more about the steps the festival is taking to open this fall.

The festival is looking to fill positions for beefeater, line monitor, information booth and program selling.

For more on this story, visit our partners at Community Impact.