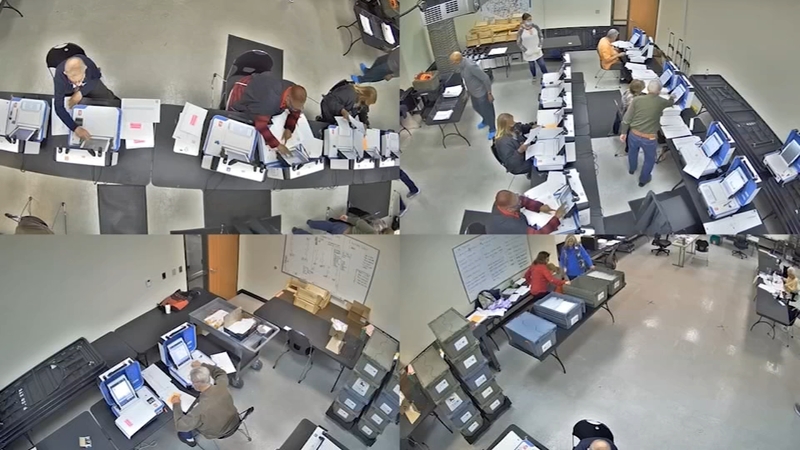 Harris County GOP asks for independent oversight of May elections

Longoria's resignation came after more than 10,000 mail-in ballots were not included in the unofficial count on election night, missed deadlines to have votes tallied, and reports of voting machines not working properly.

The Harris County GOP said Longoria's resignation is a good step, but it is not enough and they want independent oversight of the May 7 local election and the May 24 primary runoff.

Republican Sen. Paul Bettencourt said on Wednesday that without independent oversight, he believes the May elections are at risk.

"We have an election administrator that has already been proven to be inexperienced, incompetent, and disingenuous and yet that person is going to be in charge of two major elections for both political parties in the state of Texas and that can't be tolerated," said Bettencourt.

The party said that if a judge grants their request, the independent oversight would be from the court itself.

Meanwhile, Odus Evbagharu, the Harris County Democratic Party chair, said the oversight is not necessary and is what he calls "hype" to create fear about the election process.

"In terms of an independent oversight committee, look, we have a Harris County Elections Commission. It's a bipartisan commission. We should be using that commission to implement oversight," said Evbagharu.

Evbagharu said he thinks SB1 did play a part in the election issues.

SEE ALSO: How SB1 impacted the way Texans voted in the 2022 primary election

"(Longoria) had the job, there was human error that happened, partly caused-- big time by SB1, there's new machines and new offices. Now it's time to roll up our sleeves, get to work, stop pointing fingers and make sure we get this thing right for the next election that is coming up," said Evbagharu.

Ultimately on Tuesday, in commissioners court, a motion was passed to bring in a third party consultant to review the election process and make suggestions on how to improve.

For now, there is no exact timetable on when that consultant will be brought in. However, Judge Lina Hidalgo says she is hopeful they can get feedback in the next couple of months.

As for finding a replacement for Longoria, Hidalgo says she hopes the Elections Commission can find a replacement before July 1st, when Longoria leaves, so there is some overlap.