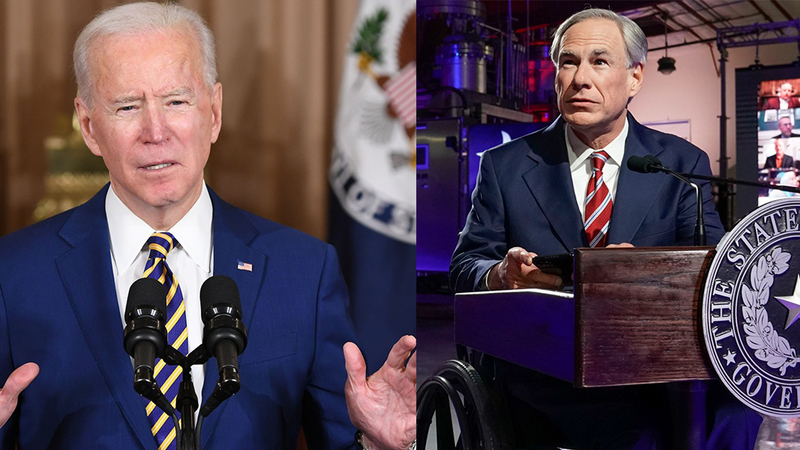 Poll shows Biden is more popular in Texas than Abbott

Texas Gov. Greg Abbott is less favorable in the Lone Star State than President Joe Biden, according to a survey conducted by the University of Houston's Hobby School of Public Affairs.

Of those surveyed, 39% said that they felt favorable or very favorable for Gov. Abbott, while 40% said unfavorable. Biden's favorability was at 41% with 42% responding unfavorably.

Former President Donald Trump topped the list of those having a 'very unfavorable' opinion at 46%, followed by Senator Ted Cruz at 40%.

Texans were also asked whether they believed there was widespread election fraud in the 2020 election. About 41% responded yes, and 50% said no, mostly falling along party lines.

Nationwide, a majority of Americans said they have at least some confidence in President Biden and his ability to manage the crises facing the nation, including the coronavirus pandemic.

That's according to a new poll from The Associated Press-NORC Center for Public Affairs Research. Overall, the survey shows 61% of Americans approve of Biden's handling of his job in his first days in office. That includes about a quarter of Republicans, who say they approve of how the Democrat has tackled the opening days of his presidency.

About three-quarters of Americans say they have at least some confidence in Biden's ability to handle the pandemic, which has killed more than 450,000 people in the U.S.

He's urgently pressing Congress to pass a $1.9 trillion relief package that would include funds for vaccine distribution, school reopening and state and local governments buckling under the strain of the pandemic.