By SHAWN MULACHY, The Texas Tribune 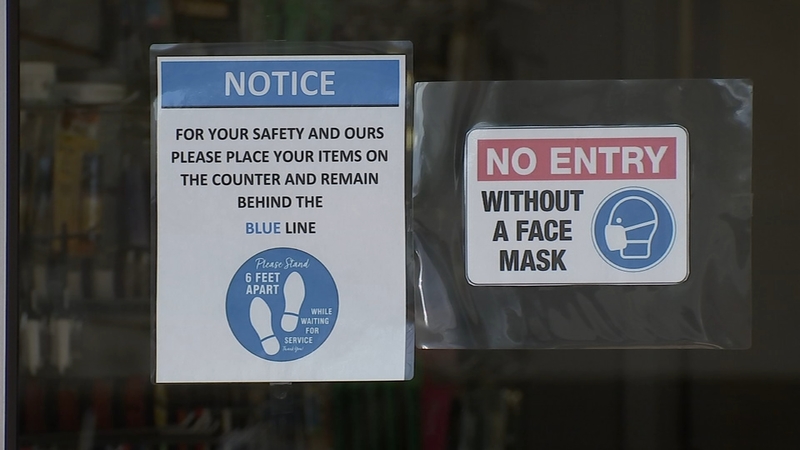 Mask mandate ends, but some businesses will keep it

AUSTIN, Texas -- Texas Attorney General Ken Paxton is suing Travis County and Austin officials in an effort to force them to rescind their local mask orders, he announced Thursday.

"I told Travis County & The City of Austin to comply with state mask law," Paxton tweeted. "They blew me off. So, once again, I'm dragging them to court."

Texas on Wednesday lifted nearly all coronavirus restrictions, including Gov. Greg Abbott's statewide mask mandate and occupancy restrictions. Abbott's order said that "no jurisdiction" can require a person to wear a mask in public if the area doesn't meet a certain number hospitalizations for the coronavirus. But Austin and Travis County health officials have said they will continue to enforce the safety protocols, setting the stage for yet another fight over pandemic response between state and local officials.

Paxton on Wednesday gave the city and county leaders an ultimatum: Rescind the local orders by 6 p.m. "Otherwise, on behalf of the State of Texas, I will sue you," Paxton wrote in a letter.

.@MayorAdler & @AndyBrownATX, you and local health authorities have until 6:00pm today to rescind any mask mandates or business-operating restrictions and come into full compliance with GA-34 ➡️ https://t.co/Bz5DQsw8IV

Otherwise, on behalf of the State of Texas, I will sue you. pic.twitter.com/IP9UpZPplh

Local officials refused to back down.

"We will fight Gov. Abbott and Attorney General Paxton's assault against doctors and data for as long as we possibly can," Austin Mayor Steve Adler said in a Wednesday statement.

Abbott's order defines areas with high hospitalizations as places where the proportion of patients hospitalized with COVID-19 exceeds 15%. In those places, local officials may issue certain restrictions, but can't impose a penalty "of any kind" for violating a mask mandate, the order says.

Less than 6% of hospital beds in Austin's trauma service area are currently occupied by COVID-19 patients. There have been more than 2,200 confirmed cases of the coronavirus in Travis County in the past two weeks. More than 890 people have died since the pandemic began. Illnesses and deaths in the pandemic have disproportionally affected people of color statewide.

Travis County Judge Andy Brown, who presides over the county government, said the authority to impose the local mask mandate comes from the county health authority, not from Brown's emergency powers. Brown told The Texas Tribune on Wednesday that means the order should hold up in court.

"I listen to doctors, not to politicians like our attorney general," Brown said.

The lawsuit is the latest in a series of legal fights over the governor's power during a public health crisis. Paxton's office successfully defeated an effort by Travis and Austin officials to restrict in-person dining at restaurants around New Year's. And in El Paso, Paxton won a battle last November against County Judge Ricardo Samaniego, who had tried to order a temporary shutdown of nonessential businesses.

Last week, Abbott announced that Texas was "100% open." He was lifting the mask mandate, first imposed during a wave of COVID-19 cases last summer, and allowing every business - including bars, restaurants, retail stores and sports stadiums - to operate at full capacity.

Some cities, including Houston and San Antonio, have continued to require people to wear masks in city buildings. But no jurisdiction has followed Austin's lead as of yet.

SEE ALSO: Places in Houston where you do and don't have to wear masks now that mandate is over

Disclosure: Steve Adler, a former Tribune board chair, has been a financial supporter of The Texas Tribune, a nonprofit, nonpartisan news organization that is funded in part by donations from members, foundations and corporate sponsors. Financial supporters play no role in the Tribune's journalism. Find a complete list of them here.