'HE'S A GREAT HUMAN BEING': How summer camps shaped St. Pius X star into a leader 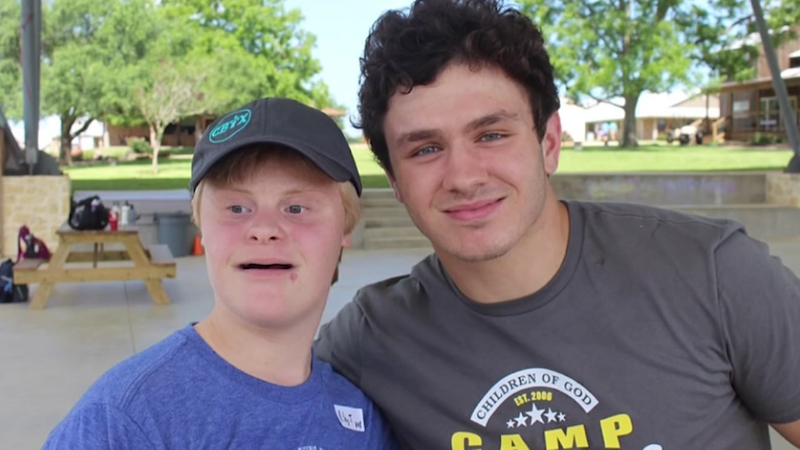 After that, Forestieri was invited by the United States Marines to train at Marine Corps Base Quantico.

"When he came back from both of those camps you saw a different level of his leadership," St. Pius X offensive coordinator Aaron Carpenter said. "You could see he was a little bit more well rounded. He knew when to put his arm around somebody and he knew when to raise his voice. You can tell it helped develop him not only as a leader but as a man."

Forestieri's biggest take away from this summer was knowing that he had become a better leader, which he tries to instill in his teammates.

"It's just being a leader," Forestieri said. "Marines and the whole military is leaders, daily work ethics and just routines. On the football field it's really the same thing, just on a lesser level because it's not life and death."

Forestieri is not only one of the Panthers team leaders, but he's also a vital player on both sides of the ball.

"I've coached Bruno for four years as a defensive coordinator and I got to see what he really was every single day," said St. Pius X head coach Erik DeHaven. "He is one of those guys who shows up early for weights and stays after to work his craft. It's sad when seniors leave you, but I know he will go on to do great things."
Report a correction or typo
Related topics:
sportshoustonfootballgame of the weekhigh school footballfriday night football
Copyright © 2022 KTRK-TV. All Rights Reserved.
GAME OF THE WEEK
SkyDrone13: Crosby ISD's beautiful Cougar Stadium
North Shore coaches helping shape lives of young athletes
Football helps Congolese students find their place
Channelview wide receiver is the ideal student-athlete
TOP STORIES
Houston gets extra 'rose' after paying $240k to bring Bachelor to town
Driver in Highway 249 road rage incident speaks out
Something strange is happening with our universe: NASA
Rain chances continue into the work week
Texas woman sought in fatal shooting of pro cyclist: US Marshals
Man's body found 6 miles from separate shooting call in NW Houston
Deputy hit while working accident during Jeep weekend, sheriff says
Show More
Alcohol and storms contributed to deadly crash in Asiatown, HPD says
At least 12 displaced after SW Houston apartment fire, HFD says
78,000 pounds of infant formula arrives in US
Man shot on apartment balcony; same apartment shot up earlier: HPD
Houston launches guaranteed income pilot program
More TOP STORIES News