With a Democrat back in the White House, Texas Republicans prepare to go on offense 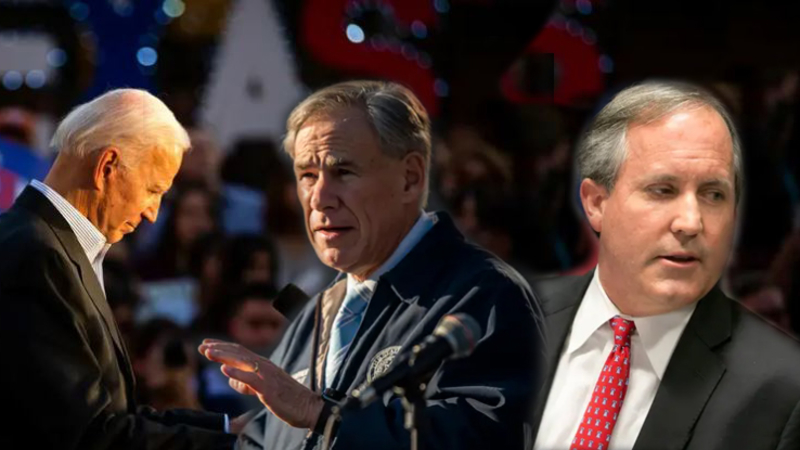 Democrats are headed back to the White House, and Texas Republicans are gearing up to go back on offense.

For eight years under President Barack Obama, Texas was a conservative counterweight to a progressive administration, with its Republican leaders campaigning against liberal policies on immigration, the environment and health care and lobbing lawsuit after federal lawsuit challenging scores of Democratic initiatives. When Republicans could not block policies in Congress, they sometimes could in the courts.

Now, as Joe Biden enters the White House promising a slew of executive orders and proposed legislation, the notorious "Texas vs. the feds" lawsuits are expected to return in full force. And state leaders have begun to float policy proposals for this year's legislative session in response to expected action - or inaction - from a White House run by Democrats.

Texas has sued the federal government dozens of times in recent years, targeting environmental regulations and immigration reforms. When Republican Gov. Greg Abbott was attorney general, he said his job was to "go into the office, (sue) the federal government and (go) home." Texas Attorney General Ken Paxton took up that mantle in 2015, as his wife, state Sen. Angela Paxton, crooned on stage at campaign events, "I'm a pistol packin' mama, and my husband sues Obama."

That didn't stop when Donald Trump took office. With a Republican in the White House, Texas found more success in its lawsuits against the federal government, many of them challenging Obama-era laws or administrative rules.

Under Trump, Texas has often found itself aligned with the federal government in the courts. Most notably, the Trump administration lined up with a Texas-led coalition of red states seeking to end the Affordable Care Act. That case is pending before the U.S. Supreme Court.

Once Biden enters the White House, and his appointees lead everything from the Environmental Protection Agency to the Department of Homeland Security, Texas' conservative leaders will return to a familiar posture: adversary, not ally, to those making national policy.

Paul Nolette, a professor at Marquette University who studies federalism, said he expects Texas to be "at the top of the heap" among Republican attorneys general challenging the new administration in court.

According to Nolette, the number of multi-state lawsuits against the federal government skyrocketed from 78 under 8 years of Obama to 145 during just 4 years of Trump.

Some Texas leaders are already forecasting a stormy relationship.

Abbott said last week that as the Trump presidency ends, Texas "needs to go back to the fundamentals of the 10th Amendment and reassert that against any potential encroachments that we see under the Biden administration."

"Reinforcing the 10th Amendment is essential now," Abbott said Thursday at a conference hosted by the Texas Public Policy Foundation, the Austin-based conservative think tank, referring to the amendment concerning states' rights. Trump and Vice President Mike Pence, he said, appreciated their limited role in governments - but "we had challenges with the president before that, Barack Obama," Abbott added.

Without giving details, Abbott also floated the idea of making Texas "a Second Amendment sanctuary state" so that "no government official at any level can come and take your gun away from you."

Leaders of conservative groups in Texas are also anticipating plans to oppose the Biden administration.

Rob Henneke, the group's general counsel, wouldn't comment on staffing decisions, but said there may be more litigation "because there will be more instances of unconstitutional and unlawful executive action from the Biden administration."

In particular, he said, he's keeping an eye on Biden executive actions on health care, environmental regulations and immigration. Coronavirus-related restrictions, like a national mask mandate, might also provoke legal challenges, he said. The Texas Public Policy Foundation has already sued the Centers for Disease Control and Prevention over its eviction moratorium, a policy Biden supports extending.

Immigration will be an especially combative front for the administration and Texas officials. Efforts by the Biden administration to effect immigration policy through executive order are sure to face pushback from Texas.

Texas leaders have said they expect to continue spending $800 million every two years on border security, with Abbott saying Texas might have to "redouble" its efforts in a Democratic administration.

"We're gonna have to continue that because I do think under the Biden administration that's coming in, they're gonna back to go back to the lax days of the Obama administration, and we're gonna have more people pouring over the border," Lt. Gov. Dan Patrick said in a Houston TV interview last week.

Biden will also inherit a pending legal challenge from Paxton over the legality of an Obama-era program that has shielded tens of thousands of Texas' undocumented immigrants from deportation.

SEE ALSO: How the Joe Biden presidency could impact your money

The 2012 Deferred Action for Childhood Arrivals, or DACA, grants recipients a renewable, two-year work permit and a reprieve from deportation proceedings. Trump announced an end to DACA in 2017, but the program has remained after a series of legal challenges, including a 2020 decision by the U.S. Supreme Court that ruled the administration did not properly wind down the policy. But Paxton's lawsuit, filed in 2018, is a separate challenge that questions the legality of the program.

As of June, there were about 645,000 beneficiaries of the DACA program in the country, including about 106,400 in Texas, according to federal government statistics.

The attorney general's office did not answer questions from the Tribune about its plans to challenge the Biden administration's policies. But Paxton has often boasted about the dozens of lawsuits he's led against the federal government, and more litigation is all but guaranteed.

Still, Paxton will have to take on those battles with an army he's still rebuilding.

Nearly all of his senior staff have left the office in the wake of a scandal last fall, when eight senior aides told authorities they believed Paxton had broken the law in doing favors for a political donor. The allegations have reportedly sparked an FBI investigation.

Three of those aides resigned and five were fired in the wake of the allegations, and since then, a number of other senior staff who were not whistleblowers have said they will leave, too. Among them: former Solicitor General Kyle Hawkins, who led Texas' efforts against the federal government as the agency's top appellate lawyer, and Zina Bash, whose work involved federal-state relations. Paxton's former executive aide, chief of staff, human resources director, head of communications and several other top attorneys have also left in recent months, as have some of his political aides.

Not all Texas leaders have signaled animosity toward the incoming administration. Beaumont Republican Dade Phelan, who was recently elected speaker of the Texas House, struck a more conciliatory tone in an interview last week with Texas Tribune CEO Evan Smith.

"Whether others want to work with D.C. or not, I don't know, but I think here in the Texas House, we're willing to do whatever works for the people of Texas," Phelan said. He hopes, he added, that "we don't have an adversarial relationship with Washington, D.C."

Disclosure: Texas Public Policy Foundation has been a financial supporter of The Texas Tribune, a nonprofit, nonpartisan news organization that is funded in part by donations from members, foundations and corporate sponsors. Financial supporters play no role in the Tribune's journalism. Find a complete list of them here.

A key plan President-elect Joe Biden has on his stimulus proposal is to raise the federal minimum wage to $15 an hour. After hearing the news, ABC13 asked Houston-area business owners and workers their thoughts on the proposal. Here's what they said.