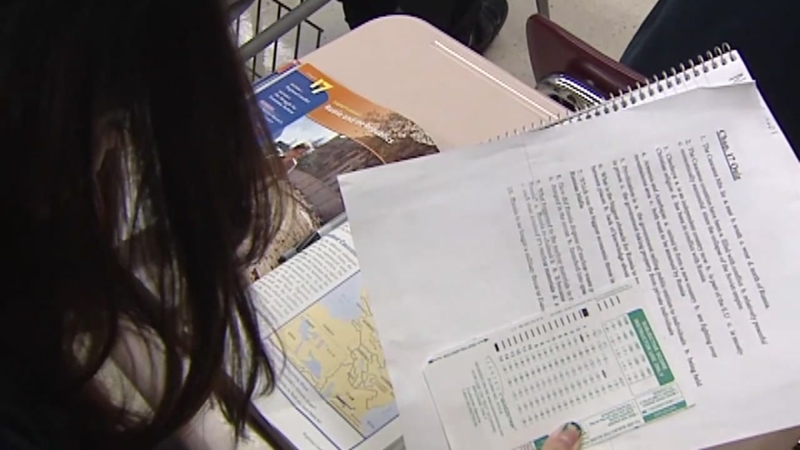 HOUSTON, Texas (KTRK) -- The Texas Education Agency may be excited about the new accountability system and the clarity of report card-style grades for your student's schools and districts. But some long-time education advocates give the new system a resounding F.

"It's really an in-your-face slam against the public schools in my opinion," said Pat Huff, a former high school principal who now advises young educators as an adjunct professor at University of St. Thomas,

Huff has spent countless hours researching school accountability. He even wrote a book about it.

"The ones that push the standardized testing and the school ratings, they're the reformers. Well, they've been at it for 35 years and we're still have a crisis," Huff said.
He told Eyewitness Newsthe new system isn't better than the old one. It might even be worse, and it doesn't do anything to better educate children. He says It forces districts and schools to focus on testing regardless of their population's socioeconomic makeup.

"We're not dealing with a widget that we can tweak," said Huff. "We're dealing with kids, and kids have many variables that enter into how they learn. "

Sarah Becker agrees. She's a parent with two children in public school, and while her campus fared poorly in the recent rating announcement, she doesn't buy it. She knows how good the teachers are.

"It seems to me the whole point is to punish districts into submission," she said. "I think it makes really, really easy for people to focus on the wrong thing, which is test scores. "

Another parent, Kandice Webber, would like a different form of accountability. She's been vocal about education, having been arrested at an HISD school board meeting in April. She argued about private or state control of local schools.

"You can't just put a letter on those types of things," Webber said. "I would like to see a true partnership of students and parents and teachers controlling what happens in our communities and our schools."
The TEA says the new system is a step in the right direction. It finds that it's fair, and that poverty, mobility, or language barriers play no role in the scoring.

"These are not value judgments about students, but value information about how you support students," said TEA Commissioner Mike Morath at a press conference Wednesday in Pearland. "If we can use that and embrace that continuous improvement, that's half the battle."

Huff would like to see the state get out of the way and let school districts truly reflect the independence after which they're all named.

To see the grades for any school or district in Texas and an explanation of how they work, click here.