Texas couple married for 50 years pass away while holding hands 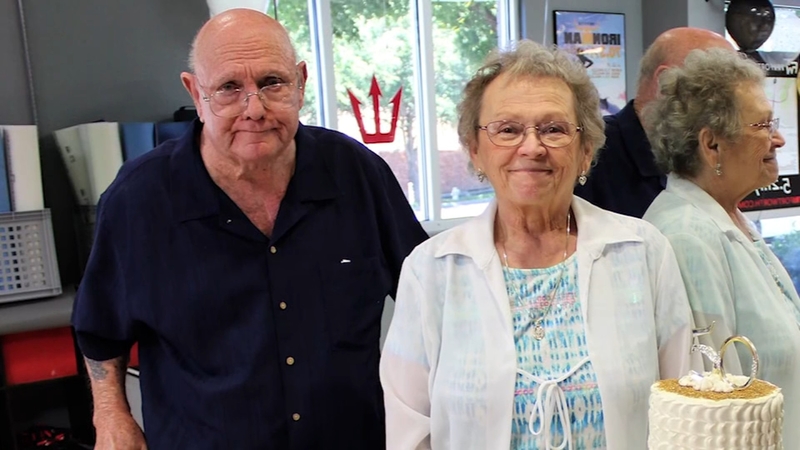 FORT WORTH, Texas -- A Texas couple married for 50 years who had recently been diagnosed with coronavirus at the same time passed away side-by-side while holding hands.

It all started with Tim Tarpley's 80-year-old mom.

"Yeah, this virus, there is no normal to it like there's no way to know, 'Hey this is how it plays out,'" Tarpley told KTVT.

After Tarpley's mother was admitted to a hospital in Fort Worth, his father began to feel weak, but his mom's health was declining faster.

"My mom called me and said, 'Hey, just wanna let you know, I'm ready to go.' And I yelled and screamed," Tarpley said.

After talking to his mom, Tarpley called his dad to tell him what was going on.

"He said, 'How's your mom?' I said, 'Not good, she may not make it past tomorrow.' You know, and it was like, at that moment, knowing that my mom was then gonna go, it was okay for him to go," Tarpley said.

At the hospital, Tarpley shared that the nurses he'd never met made his parents' last moments so special. The high school sweethearts were placed in a room together, where they held hands before their last breaths.