Texas Congressional District 2: The race without an incumbent 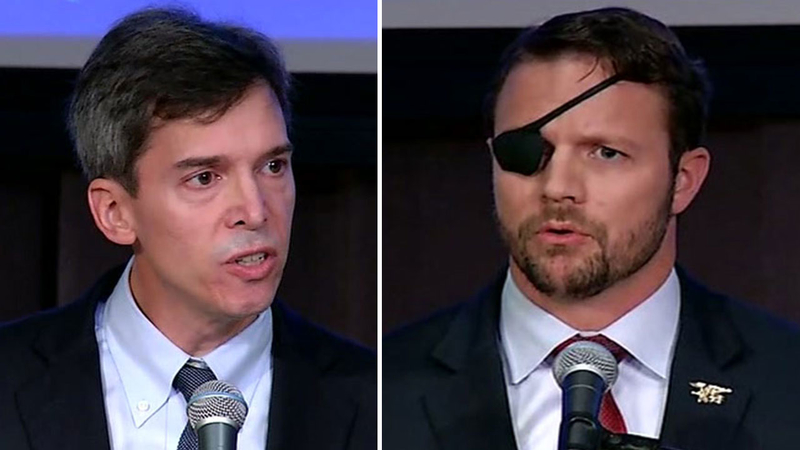 HOUSTON, Texas (KTRK) -- The race for Texas Congressional District 2 is a unique one. There is no incumbent. Both men in the general election are newcomers to running for office.

"It's a highly educated district, said Democrat nominee Todd Litton. "It's a highly diverse district. It looks like our community as a whole here in Houston."

Litton, a lawyer and businessman, is looking to flip the seat from the Republicans now that current representative, Ted Poe, isn't running for re-election. But he says it's not about the party for him.

"My wife and I were looking at what's happening in Washington," Litton told Eyewitness News. "It just seemed so broken. Nothing was getting done. Nobody was really tackling the issues that people were talking about in our area."

Dan Crenshaw is the Republican nominee. A former Navy SEAL, Crenshaw said he wants to serve his community and his country in a new way.

"It's just clear to me that there are so many things we can do to serve the people of Texas," Crenshaw told Eyewitness News. "This is about a continuation of service because I can no longer serve in the military. And it's about making an impact on the issues that Houstonians care about most."

Crenshaw and Litton both agree that flood mitigation is a top priority for their would-be constituents. They also list healthcare as atop people's minds. Crenshaw also talks about workforce training for middle skill jobs.

Litton is running a new television campaign ad beginning one week before the start of early voting. Crenshaw's team has put its money into a ground game. District 2 stretches from central Houston, Cy-Fair, and Kingwood. It's a geographically big district, with two candidates who have big ideas about how best to serve.

"I'm running in all parts of this district, including some that are traditionally more Republican because I want to represent every person in this district whether they're Republican, Democrat, or Independent," said Litton.

Crenshaw said he wants to focus on issues, not partisanship.