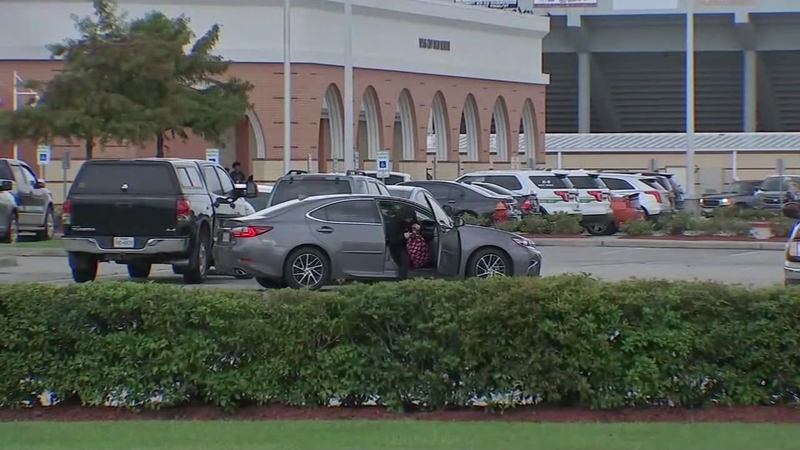 TEXAS CITY, Texas (KTRK) -- A 16-year-old has been arrested in connection with a threat found on a bathroom wall of Texas City High School, officials said Monday.

According to the district, the suspect was taken into custody by Galveston County Sheriff's Office, and the charge is anticipated to be a state jail felony.

"After a careful and thorough investigation, we determined an arrest was warranted," said Superintendent Dr. Rodney Cavness. "The district is appreciative of the partnership between our administrators and the Galveston County Sheriff's Office, the Texas City Police Department and the courageous students who provided tips."

Last Thursday, Cavness informed parents regarding an anonymous tip and an investigation into the threat planned for the following day.
While the district didn't disclose specific details of the threat, it mentioned that the school interviewed and analyzed handwriting samples of multiple students as part of the investigation.