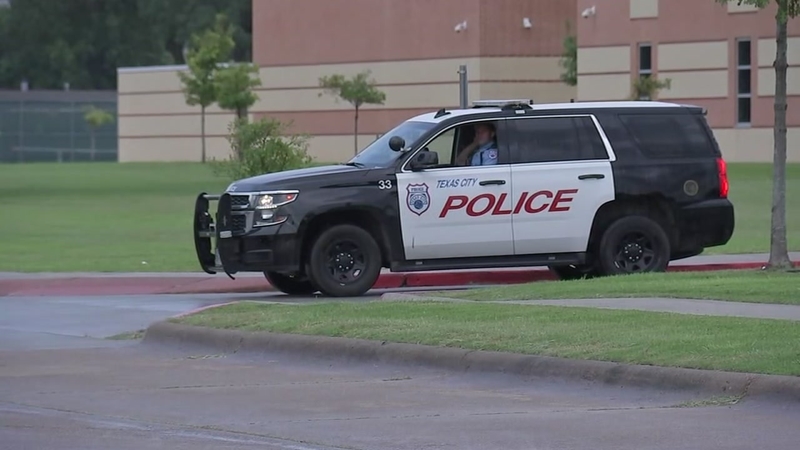 TEXAS CITY, Texas (KTRK) -- Extra police officers were at Texas City High School Friday morning after they received a tip of a threat scribbled on a bathroom wall.

Texas City ISD Superintendent Dr. Rodney Cavness informed parents on Thursday regarding the tip and an investigation into the threat planned for Friday.

While the district didn't disclose specific details of the threat, it mentioned that the school interviewed and analyzed handwriting samples of multiple students as part of the investigation.

Cavness' letter says, though, the suspected person has not been identified.

Still, students went to classes under a watchful eye as parents worried about the threat.

"I keep telling my kids, just keep an eye out, be alert at all times. You know, just don't be on the phone and this and that. So I am hoping, I am really hoping and praying that nothing happens today," said parent Gaby Davis.

The district did have dozens of officers on hand to make sure school started without incident, a move appreciated by parents.

"You have to take everything that is being said seriously because you never know if it is actually true. So yes, I think it is good what the officers are doing now," said parent Pamela White.

School officials say they dealt with many hoaxes last year, but in the wake of the school shooting at Santa Fe High School, no one is taking any chances.

If you do make a school threat, you can face five years in jail.

"We are taking these cases very seriously, as well as the DA's office. So yes, they can be charged even as a juvenile, and spend time either in a juvenile facility or also in prison," said FBI Houston's Perrye Turner.

The FBI recently held a press conference to talk about school threats and related hoaxes.

Officials say even the youngest of suspects will go to jail.

The district did not want to comment further on the threat, repeating that it is not credible.