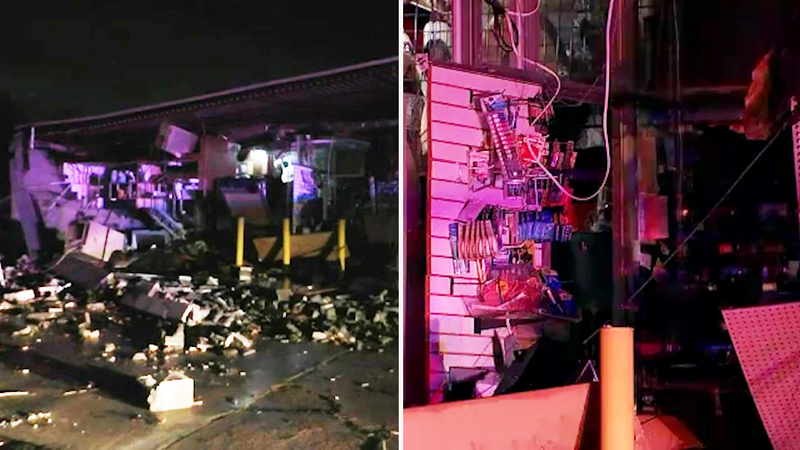 NWS meteorologists surveyed the area and determined a twister hit Wednesday evening. It has been giving a preliminary rating of EF-1.

After conducting a survey this morning, NWS meteorologists have determined that the storm damage observed in Texas City yesterday evening was due to a tornado. The storm has been given a preliminary rating of EF-1. More information will be provided later today. #houwx #txwx

The damage forced Calvin Vincent Early Childhood and Kohfeldt Elementary to cancel classes. Students were supposed to return for their first day after the holiday break, but that has now been postponed until Friday.

The changes come after strong winds obliterated buildings, including a convenience store that was left unrecognizable.

The storm blew through Texas City just after 6 p.m. and that's when some streets started to flood and trees snapped.


The Texas City Independent School District said power was knocked out to some of the schools, but was expected to be restored some time Thursday.


Some families in the area slept in a hotel because of the damage to their homes.

The Tradewinds Apartments had to be evacuated because the storm caused damage to some units.

"Man, imagine if you had a helium balloon, and you were in the middle of the balloon, and they just started shaking it," resident Damien Dearmon described of the storm. "I ain't never felt anything like that before ever in my life."

Any families with students enrolled in Texas City ISD who live at the Tradewinds Apartments, but are now displaced due to the storm should contact TCISD social worker Rita Baldwin at rbaldwin@tcisd.org.
More information about the tornado is expected to be released Thursday afternoon.

A powerful storm left behind incredible damage in Texas City. Here is what we saw on the ground.