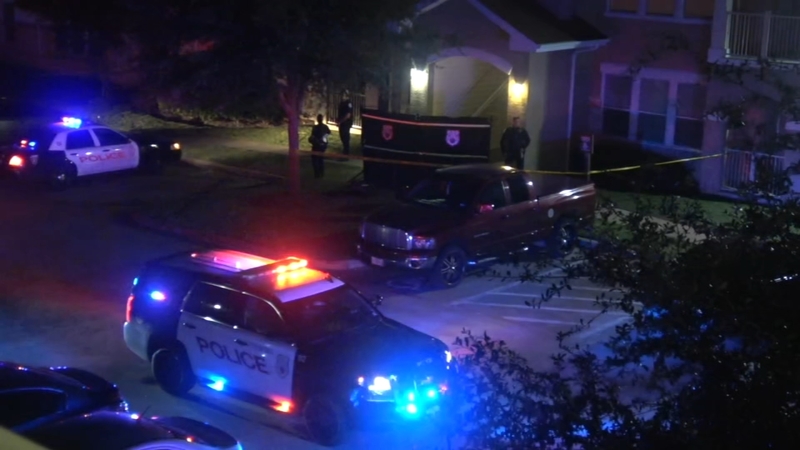 TEXAS CITY, Texas (KTRK) -- A 16-year-old has been arrested in connection with the robbery and murder of a man in Texas City.

On Monday, police first responded to reports of a carjacking in the parking lot of a Food Rite. The suspect reportedly stole a red Honda Odyssey minivan.

Moments later, the teen is accused of going to the Costa Mariposa apartment complex a couple of miles down the road and shooting a 45-year-old man to death before stealing his car.

The teen was arrested Monday night after a standoff with police on the Gulf Freeway near FM-519.

After the standoff, the teen's aunt said that her nephew was a troubled kid who took medication for his issues.

"He's a troubled kid, so sometimes he does crazy things," the aunt said.