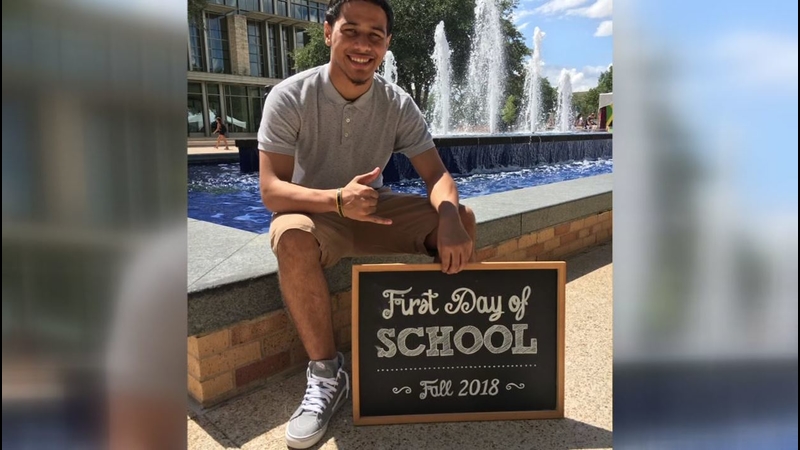 HOUSTON, Texas (KTRK) -- When Steven Anderson started a new semester in Aggieland, he did so with a bright smile and optimistic outlook.

In September, he quickly realized something was wrong when his back hurt.

"I thought it was just my bed or something. I thought maybe I just need to break the bed in, sleep in it a little longer or something, because I was having pains," Anderson said.

When Steven started seeing discoloration in his urine, his doctors treated him for kidney stones. Unfortunately, the real diagnosis was much worse than that.

"Tuesday, I went to the doctor, Wednesday I did the scan, and Thursday I had surgery," he said. "Three percent of the population gets kidney cancer. Point three percent of that gets renal medullary carcinoma."

Steven was diagnosed with a rare kidney cancer.

A healthy-looking college kid who loves to write, draw and make music abruptly had his kidney removed, and became a regular patient at M.D. Anderson Cancer Center.

Every week, he travels from College Station to Houston for his appointments. Every other week, it's for chemotherapy.

"It's overwhelming, but my faith is unwavering. I believe that beyond a reasonable doubt that the victory is already mine," he said.

To help with his outrageous medical fees, a close friend created a GoFundMe page for Steven with a $100,000 goal.

His Alpha Phi Alpha fraternity brothers have been right by his side, and in some cases, so have complete strangers.

Any and every monetary gift helps at this point. The mass communications major plans to return to class this upcoming semester with a thankful heart and determination to get through two more years of treatment.

"It's crazy how many people came together. It's humbling," he said with a smile.