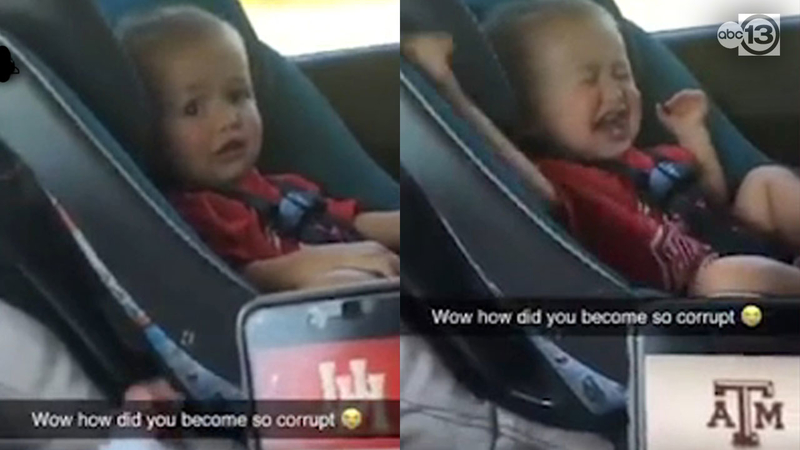 Wait until Texas A&M fight song plays for this baby

That adage can be applied to a Houston mom's video of her toddler uproariously pitching a fit when she plays the Texas A&M fight song, "Aggie War Hymn."

In her video, Taylor Carpio plays the University of Houston fight song, "Cougar Fight Song," to which her child, Noah, is calm and basically has no reaction to the tune.

But when she cues up "Aggie War Hymn," brace yourself because the Noah alarm goes off!

So what's the genesis of this reaction? According to Carpio, her husband Chris got the child to become accustomed to the UH fight song by playing it whenever they were in the car to calm him down.

As for the Aggies fight song, Carpio told ABC13 that she comes from a huge A&M family. (Insert 'grimace' emoji.)

"My husband has officially ruined our son," she posted on Facebook.

Makes you wonder where this kid will head to school when he grows up.

Explosive detection K-9s Tyson and Jackie put on their uniforms and posed for some adorable new university ID photos.

Just over half a century ago, Texas A&M University was restricted to white males.

One thing is for sure: Carlos definitely has some lively debates in his future.