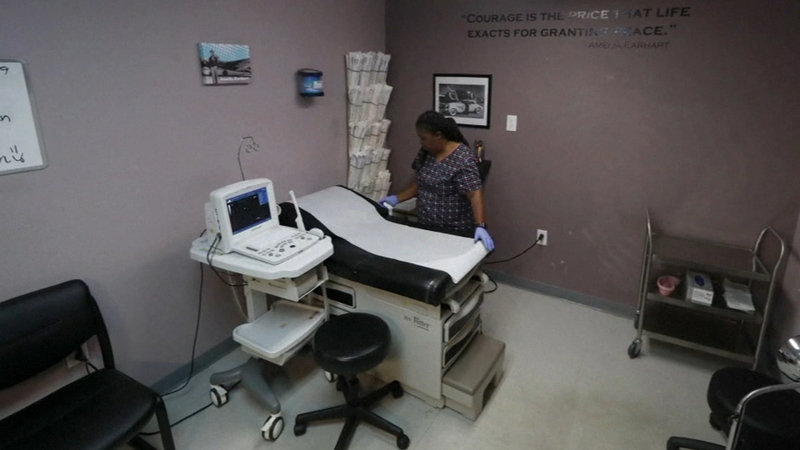 A Texas doctor stepped forward Saturday to say he had performed an abortion that is illegal under the state's restrictive new law to force a test of its legality.

The video above is from related reporting.

"I understand that by providing an abortion beyond the new legal limit, I am taking a personal risk, but it's something I believe in strongly," Alan Braid, a San Antonio OB/GYN, said in an op-ed in The Washington Post. "I have daughters, granddaughters and nieces. I believe abortion is an essential part of health care. ... I can't just sit back and watch us return to 1972."

Braid said he performed a first-trimester abortion on Sept. 6, just a few days after the law known as Senate Bill 8 went into effect in Texas, making nearly all abortions illegal after a woman is about six weeks pregnant - with no exceptions for incest or rape. The doctor said he acted because he had "a duty of care to this patient, as I do for all patients."

The op-ed is the latest development in the storm over Texas's abortion law, the most restrictive in the nation. The law took effect Sept. 1 after a conservative Supreme Court majority declined to block it, saying the abortion rights advocates who challenged it could not show they were suing the right people. The Justice Department sued Texas just over a week ago to try to block the ban and has also made an emergency request to a federal judge in Austin to immediately block its enforcement. The judge set an Oct. 1 hearing date.

Meanwhile, several other Republican-led states have indicated they are considering following Texas's lead. Unlike other six-week abortion bans that have been struck down by the courts, the Texas law does not rely on the state to enforce it. Instead, it deputizes private citizens to sue abortion providers, doctors or anyone else who aids in the procedure. Individuals can receive a $10,000 award if their lawsuits are successful. A slew of lawsuits against Braid are expected to follow his public admission.

John Seago, legislative director for Texas Right to Life said that group "is exploring all of our options to hold anyone accountable who breaks the (Texas) law."

"This is obviously a stunt to move forward with other legal attacks on the law," he said of Braid's column. "This was always something that we expected - that someone would essentially try to bait a lawsuit. So we're just moving into the next phase of Senate Bill 8 right now."

But the leader of another Texas-based anti-abortion-rights group, said it has no plans to sue Braid at this time.

Braid "is willfully conducting illegal abortions right now," said Chelsey Youman, national director of public policy for Human Coalition, which operates crisis pregnancy centers across the country. "He knows he's currently incurring liability and he may face repercussions for that ... but for the most part that's a choice the larger abortion clinics have not made. They're saying they're going to comply. We should celebrate that lives are being saved in the interim."

"The situation has become untenable," said Kristin Ford, acting vice president of communications for NARAL Pro-Choice America, an abortion rights advocacy group. "Roe v. Wade has been rendered meaningless in the second biggest state in the country, and we can't continue in that limbo," she said.

Advocates said the Texas law is likely to have a disproportionate effect on low-income Texas residents and people of color - a view Braid seemed to share.

In his column, he recounted speaking with a 42-year-old woman with four children - three under age 12 - who recently entered his clinic seeking an abortion.

He advised her to go to Oklahoma, which is nine hours from San Antonio, and offered to help with funding. She told him she couldn't go even if they paid to fly her in a private jet.

Braid also shares his memories of treating patients who underwent unsafe abortions in 1972, the year he began his obstetrics and gynecology residency at a San Antonio hospital. He said he saw three teenagers die as a result of illegal abortions that year, including one who died of massive organ failure, caused by a septic infection.

Braid's clinics are represented by the Center for Reproductive Rights, which brought a federal lawsuit against the Texas ban.

"We stand ready to defend him against the vigilante lawsuits that S.B. 8 threatens to unleash against those providing or supporting access to constitutionally protected abortion care," said Nancy Northup, the group's president and CEO.

The Supreme Court is expected to hear arguments this year in another abortion base involving a restrictive law in Mississippi, but that one was stayed from taking effect. Mississippi officials have asked the court to overturn Roe v. Wade and continue a state law that bans abortions after 15 weeks.