Why can't we be friends? Cowboys mascot blocks Texans' Toro on Twitter 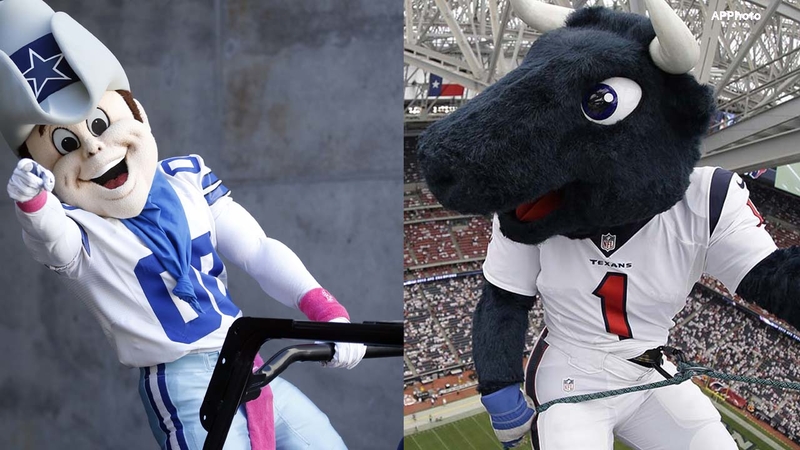 HOUSTON, Texas (KTRK) -- What we thought was a friendly feud may actually turn out to be some bad blood between the Houston Texans mascot Toro and the Dallas Cowboys mascot Rowdy.

We know the Twittersphere can be a contentious place. Did things get too rough for Rowdy?

Toro tweeted before Sunday night's Texans-Cowboys game that he was planning to wish Rowdy good luck, but he couldn't because Rowdy blocked him.

After the Texans defeated the Cowboys 19-16 in overtime, Toro asked someone to check on Rowdy, because he couldn't.

The Texans got their first win over the Dallas Cowboys since September 2002. It was also the first time since 2010 the two teams played in both preseason and regular season.

Later Monday, another Dallas mascot joined in on blocking Toro.

Victor E. Green, the Dallas Stars mascot, also appears to be salty about the loss.

Hopefully it won't take another several years for the icy relations between these team mascots to thaw out.

RELATED: UNMASKING TORO: Meet the person behind the Texans mascot