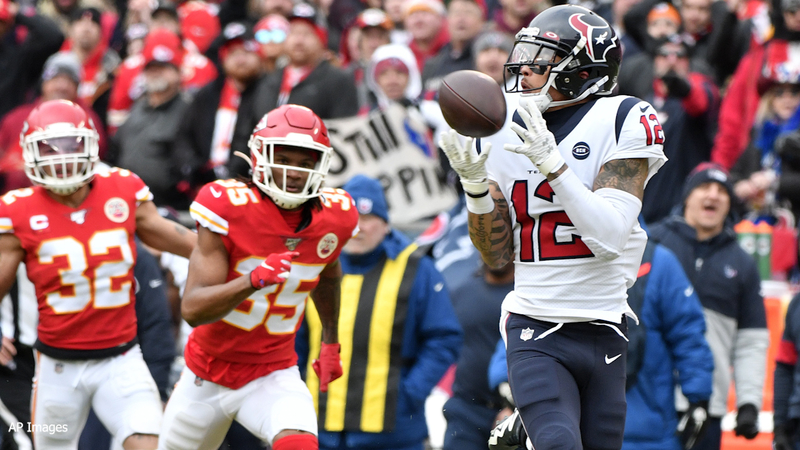 Texans take on the Chiefs in high-stakes NFL playoff game

KANSAS CITY, Missouri (KTRK) -- The Texans were in Kansas City, Missouri Sunday taking on the Chiefs for their chance to play in the AFC Championship Game.

The Chiefs defeated the Texans 31-51 after an explosive game with great highs and heartbreaking lows for Texans fans.

Houston took off to an explosive start, scoring three touchdowns in the first quarter.

In the first quarter, Texans quarterback Deshaun Watson hit receiver Kenny Stills for a 54-yard bomb, leading the Texans to score their first touchdown of the game.

Just over a minute later, cornerback Lonnie Johnson Jr. came through with another score.

At the end of the high-energy first quarter, Watson hit Darren Fells for another touchdown after recovering a fumble on the Chief's 6-yard line.

At the top of the second quarter, the Texans scored a 31-yard field goal, further widening the gap between their score the Chiefs'.

Unfortunately, after a series of highs, the Texans began to fall behind.

In the second quarter, the Chiefs began to close the gap, scoring three touchdowns in just over three minutes of game play.

At the end of the first half, they scored a fourth touchdown, leading the Texans by four points.

They then came in hot in the second half, scoring two touchdowns in the third quarter and leading the Texans with 41 unanswered points.

After not scoring since the first quarter, Watson pulled through at the end of the third with a touchdown, but the Chiefs were quick to score another of their own at the top of the fourth.

The Texans were not able to make a comeback after the Chiefs got ahead, losing by 20 points in the end, calling the end to a great season.