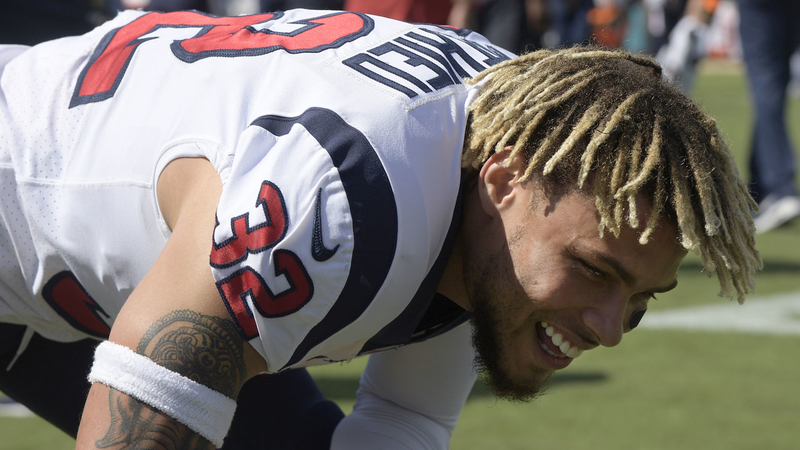 HOUSTON, Texas -- The Houston Texans clinched the AFC South title as Deshaun Watson threw for 234 yards and ran for a touchdown, and DeAndre Hopkins had 147 yards receiving in a 20-3 win over the Jacksonville Jaguars on Sunday.

The Texans (11-5) won nine in a row after starting 0-3 to save their season and will make their fifth playoff appearance after winning the division for the fifth time in franchise history. Houston returns to the postseason for the third time in four years after bouncing back from last year's 4-12 record in a season where Watson and J.J. Watt sustained season-ending injuries.

RELATED: What to know if you're buying Texans playoff tickets

Houston built a 14-point lead in the first half behind rushing touchdowns by Watson and Lamar Miller and made it 20-3 on a 24-yard field goal with about 11 minutes left. The Jaguars had a chance to cut the lead later in the fourth period, but Blake Bortles was intercepted in the end zone by Andre Hal.

The Jaguars (5-11) returned to Bortles as starter after benching the quarterback following a loss to Buffalo on Nov. 25. But he did little to get Jacksonville's offense going, the Jaguars managing one first down in the opening half and finishing with six. Bortles was 15 of 28 for 107 yards.

RELATED: Where will the Texans finish for the playoffs?

Watt finished with 16 sacks this year for his fourth season with 15 or more sacks, second most in NFL history to Reggie White.

The performance by Hopkins gives him 1,572 yards receiving and 115 receptions this season, both career highs. His receptions are tied with Andre Johnson for most in franchise history.