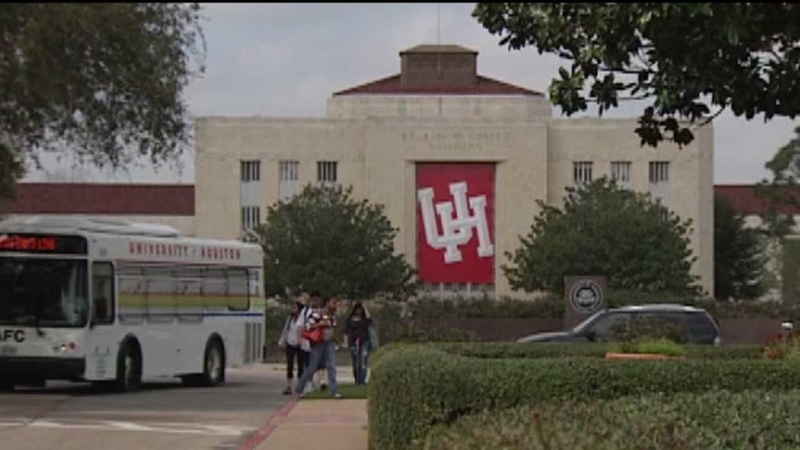 HOUSTON (KTRK) -- With Saturday's win against Temple, University of Houston has the opportunity to advance to a major bowl game.

The celebration began on the stop for a lot of Houston alums.

"I had tears in my eyes when this game ended and had sunglasses on so nobody could see it," Mark Liepens, Class of 1991, said.

For a lot of Cougar alums, this is a defining season for their Alma mater.

"The prestige which comes with this, the potential of going to a bigger conference, this is all major for the university," David Phillips, a 1997 graduate, said.

The change didn't just happen in one season, it started when the university was designated a tier-one academic institution several years ago. University of Houston's reputation of a commuter school was replaced by a majority of students living on a growing campus. A new football stadium and an upgraded basketball arena have also happened over the year.

Board of Regents Chairman Tillman Fertitta says athletics pays for a lot of that when the teams are winning.

The university is expected to get millions of dollars for playing in a major bowl game. It will make recruiting top high school players easier.