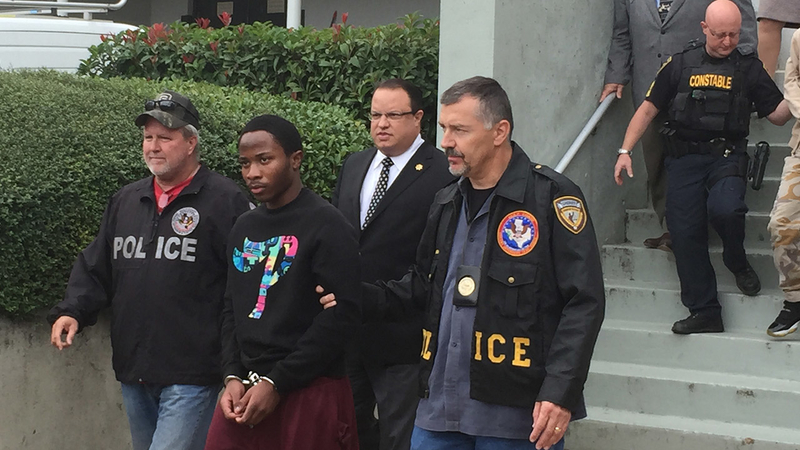 Teen escapees back in custody

HOUSTON (KTRK) -- Two of three teens who escaped from a juvenile detention center after reportedly assaulting a guard Sunday are now back in custody.

Two escapees captured, one still on the run

In the custody of the U.S. marshals is Alferis Coby. He's only 16 years old, but certified to face capital murder charges as an adult. He was taken into custody Monday morning when someone recognized him when he asked to use their cell in southwest Houston.

Just a few hours later, a previously unnamed juvenile -- Deionthay Harper -- was arrested at a residence. Authorities have not commented so far as to what kind of help they may have had in their escape.

"I regret breaking out," said Coby as he was being escorted by officials Monday. "I love my family. I love you, mama. I love you (unintelligible). Iove you, Karen."

"We are going to be pursuing the investigative side to how these guys got out and the process in which that took," said Precinct 1 Constable Al Rosen. "We're just really pleased to get these bad actors off the street because they would have continued to commit crimes otherwise."

Jahrell West remains on the run. If you've seen him, you're asked to call police.

Jahrell West remains on the run.