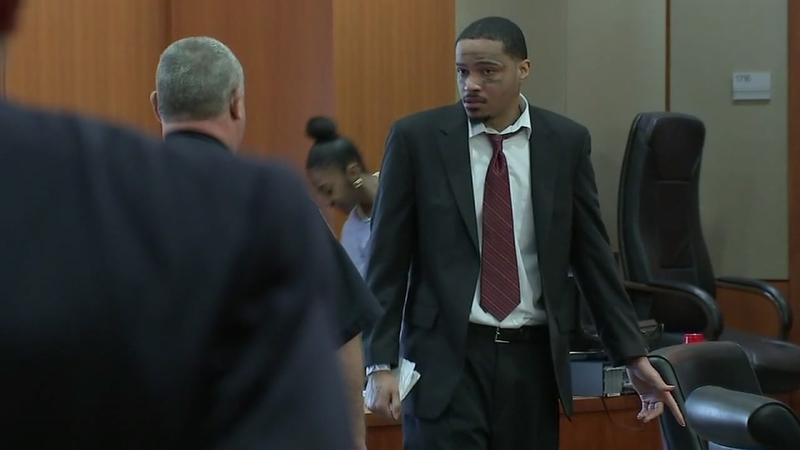 HOUSTON, Texas (KTRK) -- The trial for the man accused of killing a teenage pizzeria employee in Bellaire in 2016 started on Tuesday.

Prosecutors say Taylor went into Reginelli's Pizza around closing time. Taylor pulled out a gun and ordered Mielke to open the register, but the 19-year-old employee could not open the cash drawer.

Kiara Elijahjuan Taylor is accused of gunning down 19-year-old Peter Mielke at the Reginelli's Pizzeria.

On Tuesday, the manager of Reginelli's Pizza took the stand. He was at the back of the restaurant when the shooting took place.

During opening statements prosecutors told the jury what happened when Taylor entered the restaurant.

They said the manager was in the back and saw a man with a gun on the monitor.

"Before she could go and help, 'Bang.' She heard shots," prosecutors said.

Defense attorneys said the jury will see plenty of videos from the crime scene and from the restaurant when the shooting happened, but added, "You will not see from the interior video of Reginelli's who was discharging the firearm at Mr. Mielke."