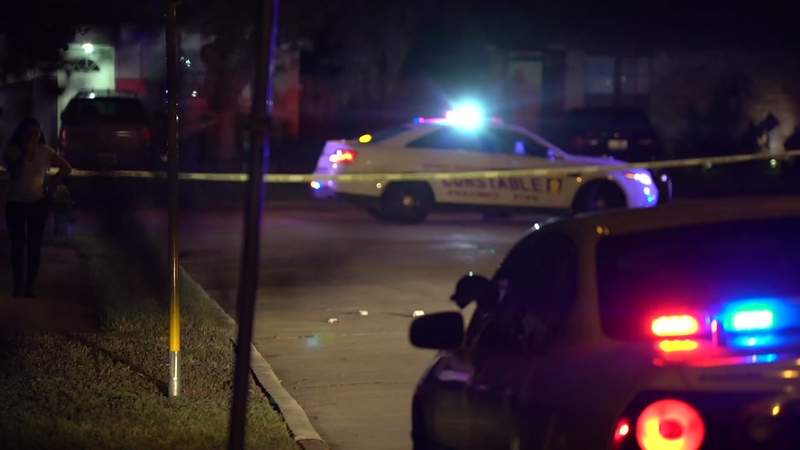 Gunman on the run after shooting teen multiple times near park

HOUSTON, Texas (KTRK) -- A manhunt is underway for a suspect who shot a teenager multiple times in a northwest Harris County neighborhood.

Sheriff Ed Gonzalez says the 17-year-old victim is in critical condition after gunfire erupted around 7:30 p.m. Tuesday in the 15900 block of Oakendell at Blueberry Hill Drive. This is not far from Highway 6 and Keith Harrow Boulevard.

According to deputies, the suspect walked out of a nearby park and opened fire on the teen.

The victim was struck several times, but he managed to run about a block away to his home. His family dialed 911, and the teen was rushed to Cy-Fair Hospital in critical condition.

Deputies say the suspect, described only as a Hispanic male in his late teens or early 20s, ran away on foot to an abandoned apartment complex.

While running, deputies said the suspect also sprayed bullets at a group of teens, but no one was hit in the shooting.

The shooting is not believed to be random, but deputies said they still need to interview the victim once he is out of surgery.

For now, the search is on for the suspect, who was last seen wearing a white shirt, long black shorts and white tennis shoes.

If you have seen the suspect, you are urged to call the Harris County Sheriff's Office.

Deputies are actively searching for multiple individuals who fled after a teen male suffered multiple gunshot wounds this evening in the 15900 block of Oakendell in NW Harris Co. #HouNews pic.twitter.com/bVsGSprpaN