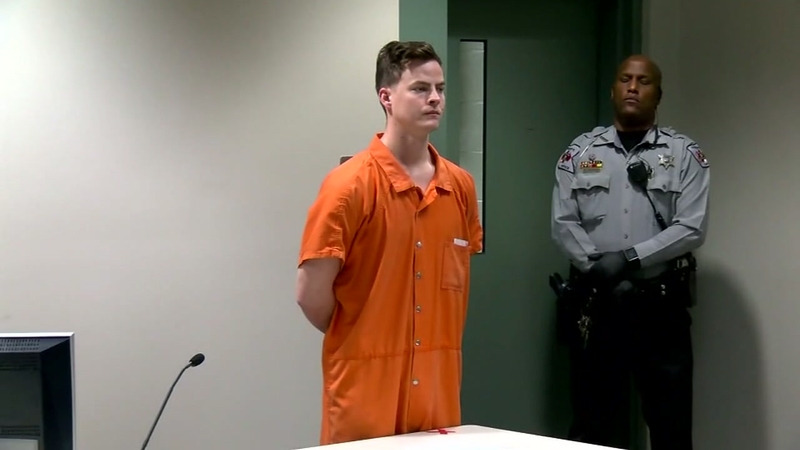 CYPRESS, Texas (KTRK) -- A suspect is behind bars for a crime that shocked the community five years ago.

A 16-year-old girl was found naked and bleeding in a movie theater parking lot in Feb. 2013. The victim told investigators she'd been sexually assaulted and beaten."

Levi Goss, 24, is charged with aggravated kidnapping and aggravated sexual assault of a child. Records show Goss lived near the crime scene in 2013.

The girl, who was rushed to the hospital by helicopter, told officers she was sexually assaulted in a wooded area in front of the school, then hit on the head with an a blunt object that she described as a hatchet. The victim reportedly eventually played dead in an effort to get her attacker to leave her alone.

Goss is in custody in Cumberland County, North Carolina, currently being held on $1 million bond and awaiting transfer to Harris County.

"Considering how horrible it was, I'm glad they kept after it and pursued them and somebody was arrested," Cypress resident Michael Boyer said.

A member of the U.S. Army, Goss was stationed at Fort Bragg in North Carolina, where he is being investigated by military authorities in connection with another sexual assault case.