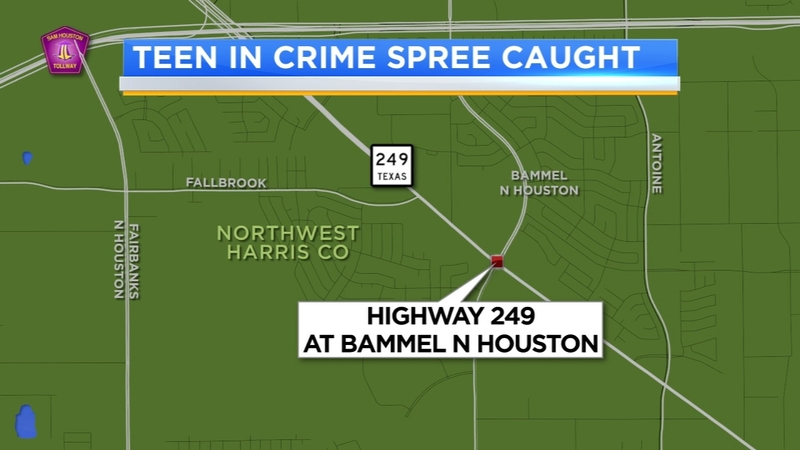 The sheriff says the teen and another man started their spree with a home invasion.

Great work by our @HCSOTexas deputies. They just captured a dangerous 19 yr old male that went on a 2-hr crime spree in NW Harris County this morning. He & an accomplice started w a home invasion, one male was arrested while the 19 yr old fled. #HouNews

The man was arrested, but the teen got away.

That teen then went on to carjack two people and then robbed multiple motels.

He went on to carjack 2 cars & rob 4-5 motels. He then led deputies on a car pursuit, ultimately coming to a stop at 249/Bammel N. Houston. Male was armed with a semi-auto pistol & a stolen fully-loaded AR-15 w/extended magazine was recovered. #HouNews

Sheriff Ed Gonzalez says the 19-year-old then led deputies on a chase that eventually ended at SH 249 and Bammel North Houston Road.

The sheriff says the man was armed with a semi-automatic pistol. They also recovered a stolen, fully loaded AR-15 with an extended magazine.