Ted Cruz on Iran: 'I think we're in a strong position now' 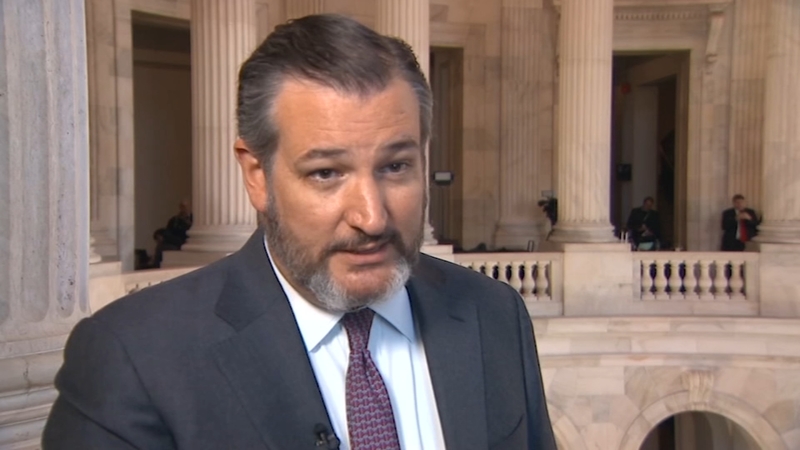 Ted Cruz on Iran: 'I think we're in a strong position'

WASHINGTON (KTRK) -- In an interview with ABC13, Texas Senator Ted Cruz is praising the U.S. and its approach to Iran. He said fears of a World War, or even a ground war, with Iran are overblown.

"A peace through strength is the best way to avoid wars," said the second term Republican from Houston. "It's not appeasement, it's not giving billions to our enemies, but instead, standing up strong and making it clear that if you target, if you kill Americans, there will be repercussions."

Cruz was grateful no Americans were hurt in the Iranian-launched missile attacks which targeted U.S. troops stationed in Iraq and thinks President Trump's response in a White House statement Wednesday morning struck the right tone.

The escalation in tensions between the two nations began more than a week ago when an Iranian-backed militia attacked the U.S. embassy in Baghdad. The United States responded with a drone attack that killed, among others, Iran's top general Qasem Soleimani. The rocket attack was promised retaliation for Soleimani's death.

"Taking out a terrorist who's taking the lives of Americans is a very good thing," said Senator Cruz. "That being said, I'm grateful that last night, with a rocket attack, it appears not to have escalated significantly, and I think that we may be seeing the effects of deterrence."

As for how to proceed, Cruz said peace is the best option. He does not believe more significant military action is needed, nor is it something the American people support.

"I think given that we just took out Soleimani, I think that we're in a strong position right now," said Cruz. "I think that needs to be combined with continuing the sanctions we have in place."

Abbott said there have been up to 10,000 attempted attacks per minute from Iran over a span of 48 hours and is urging Texans to be vigilant.