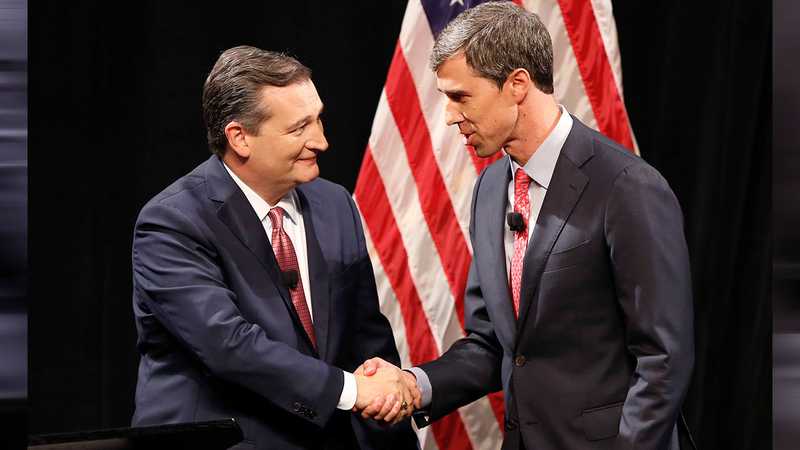 The Quinnipiac University poll has 54 percent of Texans supporting Cruz and 45 percent for O'Rourke.

Numbers from Sept. 28 showed O'Rourke leading by two points over Cruz from the Ipsos/Reuters/University of Virginia online poll.


Among Texas likely voters who name a U.S. Senate candidate, 96 percent say their mind is made up, according to the Quinnipiac University poll.

Both candidates have been traveling across the Lone Star State to drum up votes, working overtime to drive their supporters to the polls.

"The single biggest challenge we have is complacency," said Cruz at a recent rally.

He told supporters they need to vote and ask the same of their family and friends.