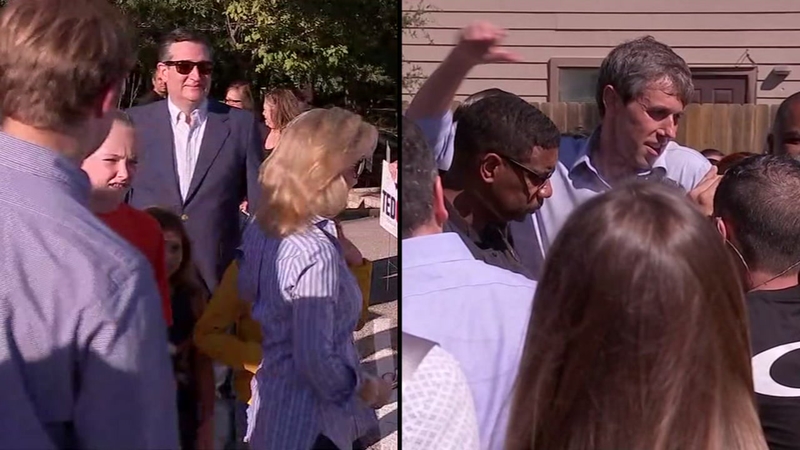 HOUSTON, Texas (KTRK) -- Election Day is just a day away and all eyes are on Sen. Ted Cruz and Rep. Beto O'Rourke's race to the Senate.

Both candidates will be in the Houston area Monday encouraging voters to head to the polls.

Cruz will start off his day in Pearland. From there, he will travel up to Cypress and then to Atascocita.

"What really began to turn this race -- we had two debates where the voters focused on the dramatic differences between my record and his record," Cruz said.

He also said the momentum is strong and he's encouraged by the record-setting early voters.

O'Rourke will be in the Houston area for a rally at the House of Blues. He will head to Dallas Monday afternoon and then return to El Paso where he will spend Election Day.

Rep. O'Rourke says the campaign has been about bringing people together, forgetting the pettiness and partisan division.

"I feel really good about things. I don't know who everyone voted for, of course, but given the energy and enthusiasm on the campaign trail at events like this one, I think that it bodes well for our prospects on Tuesday," O'Rourke said.

The last day to vote is tomorrow, Tuesday, Nov. 6, with the polls closing at 7 p.m.