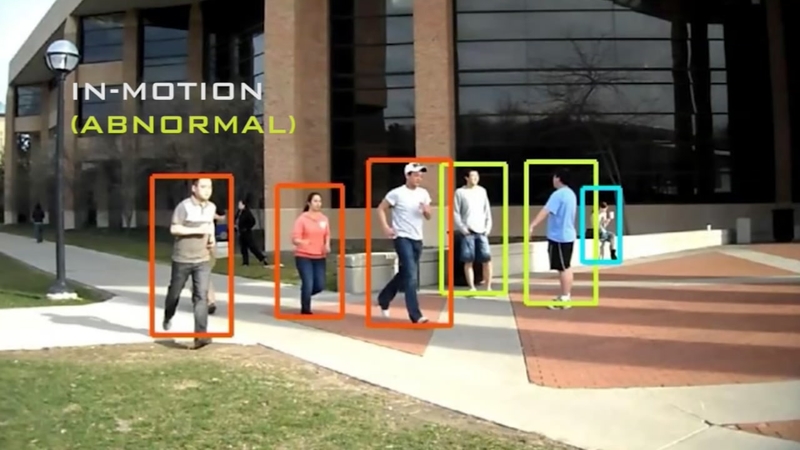 HOUSTON, Texas (KTRK) -- No matter where you look, security cameras are everywhere. From public places to sporting events, their objective is to capture a moment that may involve criminal activity. But what if they could give us an earlier warning to a threat?

Computer science professor Shishir Shah recently received a $1.5 million grant to make security cameras smarter. By using image analysis, his team developed a system that recognizes human patterns when captured through the lens. It operates by sending an alert to the user if there's abnormal activity.

For example, people running on camera versus those who are stationary. Those who are not moving may be considered normal to the data analysis. Individuals in motion could be considered abnormal. But the program isn't designed to determine specific dangers.

"Maybe it's a threat, maybe it's not. That's not a decision the system is making at this point," Shah said.

Its objective is to alert the observer and quickly populate the camera image onto the main surveillance screen.

"We have 1,500 cameras across campus, so we can't see them all," said Lt. Bret Collier with the University of Houston Police Department.

Collier says he sees a benefit to this technology, especially at sporting events.

"Fights in a crowd for instance, for analytics to pick up on because it's definitely unusual movements, grouping in an area where you didn't see grouping before," Collier said.

For multi-camera systems, its purpose is to alert authorities in real time. The system includes highway cameras that would alert if a vehicle is traveling in the wrong direction and putting others in danger.

On a bigger scale, Shah is working with the City of Houston.

"They may come back and say we're interested in looking at behavior at specific events," Shah said.

The technology can be used to pinpoint deviations from normal activity within a crowd, like fleeing from an area that may signify an imminent threat. For now, Shah's 16-camera system is keeping an eye out on campus, strictly for data collection.

The goal is getting them to the next level of surveillance intelligence to hopefully save lives.